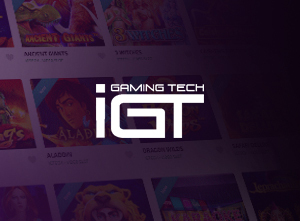 Every video slot game fan is sooner or later bound to come across the slot releases created by the company called IGTech.

Founded in 2014 and also known as iGamingTech, the company operates in Italy and is also licensed under the jurisdiction of the country of Malta.

Although mainly focused on providing software solutions to the other iGaming developers, such as BetSoft and Pragmatic Play, the developers at IGTech have provided several widely beloved video slots of their own during the company’s history.

Besides the software creation, IGTech’s other focus has been on online casinos, providing their services to these online gaming platforms, as well as on the sports betting.

However, their partnership with the Pragmatic Play has paved the way for some very well-made video slots under the company's name. Matter of fact, from the visual to the technical aspect, their titles will remind many players of the Pragmatic Play’s slot releases.

Given the fact that Pragmatic Play is one of the iGaming giants known for their high-quality products, this can be only viewed as a good thing, as IGTech slots incorporate the use of the same contemporary technologies when making slots, such as HTML5 and JavaScript.

As a result of this their products are multi-platform, meaning that they work equally well on all of the mobile devices available today, as on the desktop computer.

Because the focal point of this company lies elsewhere, the list of IGTech's slots is not as massive as it is with some other companies that are primarily focused on the development of the iGaming titles.

Despite this, the developer has made no small contribution when it comes to the large number of casino slots

We talked about IGTech’s titles in general, but now, let’s mention some of them:

Amazing Kong – Being probably one of the most well-known IGTech's slots, King Kong-inspired Amazing Kong, takes the player straight into the heart of the jungle.

Caishen’s Fortune – This Oriental-themed video slot spins golden gongs, hand fans, and lotus flower on a video slot that takes the shape of the Ancient Chinese temple. The picturesque background and subtle animations are gorgeous in this title.

Alladin – Taking on a familiar story, first coming to the public's notice via the animated Disney movie from 1992, this video slot spins more realistically drawn characters of Alladin, Jasmine, Jafar, and Genie alongside other thematically fitting symbols.

Candy Rush – This highly colorful and charming title brings a sugary delight, as candy gums of all shapes take their position in the reels.

Egyptian Tales – Let's explore the pyramids. The design of the stone background with the carved hieroglyphs combined with the appropriate Middle-Eastern music create an unforgettable atmosphere of the exotic and mysterious ancient Egypt.

Wild Diamond – As the title says, the diamond Wild symbols spins among the fruits, with four differently-colored diamonds providing jackpots.

Hercules – The titular Ancient Greek hero and mythical creatures appear on the virtual slot machine that is encased by two Ionic orders.

And there are many more titles...

Although not primarily focused on video slots, IGTech has still managed to produce more than a decent number of technically on-point and visually beautiful slot titles.

Regarding the mechanics, everything a slot player would wish for is there, from Wilds, Scatters extra spins and bonus games, while some of the titles some with the jackpot feature, or even several such jackpots.

All in all, IGTech has proven its worth as an iGaming software developer, and we expect it to continue to deliver on this front.