Gamomat is a German game producer that is specialized in traditional slots. Their portfolio was first built up with land-based terminal games and then extended into the online sphere. Nowadays their selection also includes mobile compatibility and social games, which means that the games can easily be played in demo mode.

The company does not produce games that would fit the look and feel of other more modern games. They have stayed true to the traditional style. If that is what you are looking for then Gamomat is a company that you need to check out. Luckily, their games are available in most major online casinos. 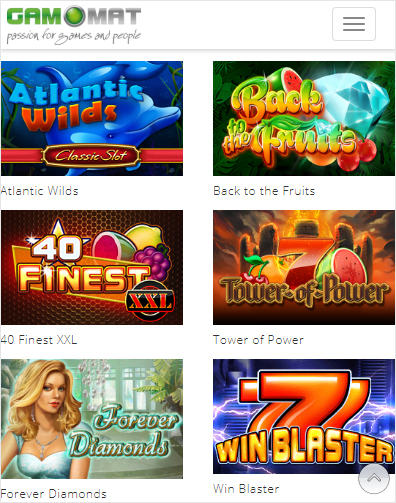 If you are looking for classic slots…

...then there is no better company than Gamomat to satisfy your needs. Their whole collection is built around the idea of classic and traditional slots. Their long experience (since 2008) with land-based slots has allowed them to build a considerable portfolio and amass all the experience and knowledge needed to translate theses games into the online format.

Graphically this means that the look is a bit dated. Playing card ranks displayed as they are, with black backgrounds filling the empty space on the reels, and a general lack of animations. Sound effects are especially something that the company should improve on. However, they have begun paying more attention to these details, bringing their new line of games closer and closer to what a modern slot is. Don’t worry though, they’ve kept the spirit of classic gaming the same.

More Paylines and Other Variations

One notable thing about the slots is that the same game might come in plenty of different variations. There might be more paylines or simply bigger wins. In effect, this means that the same game is available in many different formats, though usually no more than one or two. This is especially true for their popular games. Some of their games share a similar theme, for example concentrating around “sevens”, a popular high-paying symbol.

Though at times a lot of the games have similar graphics, the themes are surprisingly varied. From north to south and east to west, all sorts of influences from mythical and historical events are used as a background story. If you’re looking for those graphics and sound effects that we lamented about, it’s here that you will find the company outdoing themselves.

Though most games make do with wilds, scatters and bonus spins, there are some that go much further than this. For example, the Roman Legions slot adds a whole new screen with plenty of reels and symbols. Other games are part of the Red Hot progressive jackpot network, which for an additional bet gives you the chance to score truly massive prizes.

…you’re looking at a collection of strong games that trust in gameplay and decent prizes more than they do on flashy graphics or entertaining animations. Check out the demo versions here or pick a casino to play in!