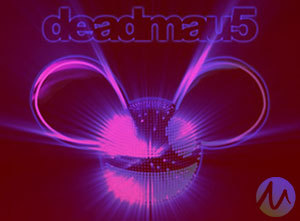 Eurostar Studios is one of the up-and-coming software developers that has managed to make a splash with its very first slot. Dedicated to a famous Canadian musician and DJ, deadmau5 attracted attention even those players who were not really interested in progressive house music.

In his turn, Joel Thomas Zimmerman aka deadmau5 himself was excited about being a source of inspiration for such an awesome fruit machine. When the latter was launched in November 2020, he said: “After performing in casinos, having a residency in Vegas, and playing so many casino games, I am thrilled to finally have a game of my own!”.

Based in San Francisco Eurostar was founded by two ambitious people who didn’t want to create just another game studio but show the gambling community a fresh and unique approach to the concept of the world’s most popular entertainment. However, Jerry Seelig and Tara Townsend knew they couldn’t make it without a strategic partner able to help them reach their goals and target audience. And they found it.

The brand teamed up with Microgaming, one of the industry’s biggest gaming companies known for its huge network of operators and an extensive portfolio of independent studios that deliver exclusive content to the Isle-of-Man giant. As for us, they couldn’t do better – not only Eurostar Studios got access to millions of players across the globe but it also got an opportunity to leverage state-of-the-art Microgaming’s solutions. For instance, to get off to a flying start, deadmau5 took advantage of popular Rolling Reels™ enhanced with Multiplier Trails and designed to increase players’ chances to hit a win without placing another bet. 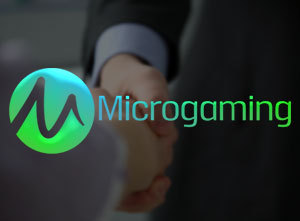 If you play Microgaming slots, then you know that this extra can be found in a number of recent releases created by the company’s independent studios including Absolootly Mad: Mega Moolah. Available both in the base game and during free spins, this sophisticated add-on is triggered by any win and after the prize is paid out, the winning symbols are removed from the reels while the icons from above moved one position down to fill the empty spaces. The cool thing is, every subsequent win will activate a new rolling reel, boosting your odds to net out a hefty sum.

Are Bonus Features Of Eurostar Studios Slots Worth A Shot?

The team behind Eurostar Studios has done a great deal of work to create unique bonus features able to help their games stand out from the crowd. The aforementioned deadmau5 is enriched with the Drop The Wild™ bonus that randomly turns reels 2, 3, or 4 completely wild and brings a guaranteed win. In addition to that, the game contains Cube Scatters that deliver solid payouts and free spins with up to a 10x multiplier. Players who land 3, 4, or 5 scatters on the screen get 10, 20, or 25 rounds respectively.

Complemented by an RTP of 95.22%, the standard 3x5 grid of deadmau5 lets punters hit their lucky combinations in 243 available ways to win. It is a high volatility slot with a pretty wide betting range that starts at just $0.20 a spin and goes up to a maximum wager of $120. To make the story even more rewarding, over 40 wild symbols appear stacked on reels 3, 4, and 5 for truly large payouts.