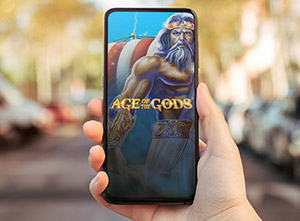 Ash Gaming isn’t actually an independent gaming studio anymore, though it did obviously start as one back in 2002. Playtech bought the company in 2011, and it has continued as a semi-independent entity ever since. They are particularly active in the UK market, but naturally, the games are available for all players via online casinos. The offices are currently situated in London, and the company holds a gaming licence from the UK Gambling Commission.

Decades in the business mean that they’ve developed a strong set of games. It’s pretty strongly curated to ensure that only the player favourites stay on top. This still leaves players with dozens and dozens of online slots to check out. Ash Gaming seems to have produced table games in the past, and perhaps a handful of other titles that aren’t categorised as slots. However, being part of Playtech means that other studios and divisions take care of those ventures. Let’s take a look at what they’ve come up with in their field of specialisation.

The Age of the Gods

The series has grown so popular that it has already generated a spin-off: Age of the Gods Norse. This switches the original Ancient setup into that of a slightly more modern Norse pantheon. It also uses a different set of jackpots. We’ll see if this will eventually lead to even further additions. For now, these jackpots already serve as an alternative to the big hits of Net Entertainment and Microgaming.

It’s not just jackpots that make these games popular. Titles like The Winnings of Oz, The War of the Worlds, Ace Ventura, Full Moon Fortunes, Leprechaun's Luck, Adventures in Wonderland, The X Factor - Jackpot, and Kingdoms Rise Shadow Queen you’re not going to run out of games to try any time soon. And as you can deduce from the names, there’s a healthy mix of branded slots and custom themes.

The older games are a bit cruder when it comes to graphics, with some of that style retained in the more modern titles too. The interface is well suited for desktops as it is for mobile devices. Sound effects and music seem to be present on all titles, in somewhat unique modes, though it’s clearly not the main effort.

…and that reason are the mathematical models, or rather how the studio builds them to be unique for each game. This is where the main effort goes, and it also means that the gameplay will be anything but repetitive. This doesn’t mean you’ll run into Megaways games, extra reels or other such setups on a regular basis. Those are kept to the standard that players love, five reels with some paylines (granted, there are a few that go further than that).

What’s Special About the Specials? 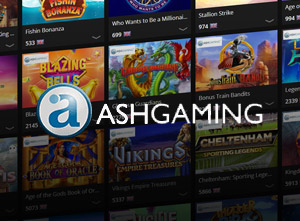 What you will get to experience are special features that go beyond the norm of bonus spins. From the very first games, that has included unlimited bonus spins, collectable symbols, super spins, wilds and scatters with different modifiers, and wild combinations of all of these. The setting is always quite clear, the aim is to create games that can result in massive wins, but don’t disappoint during normal spins either.

Besides the big pots you also get your hands on some cash collect features, and other similar mini-games. The action tends to be high variance, meaning that the specials need a fair time to charge up before they deliver a stunning win. If you’re looking for something extra spectacular, try the games with 100 paylines, slots that use ways to win mechanics, or the branded games that come with specialised bonus games that fit the theme. You’re sure to find something entertaining, no matter which game you pick.