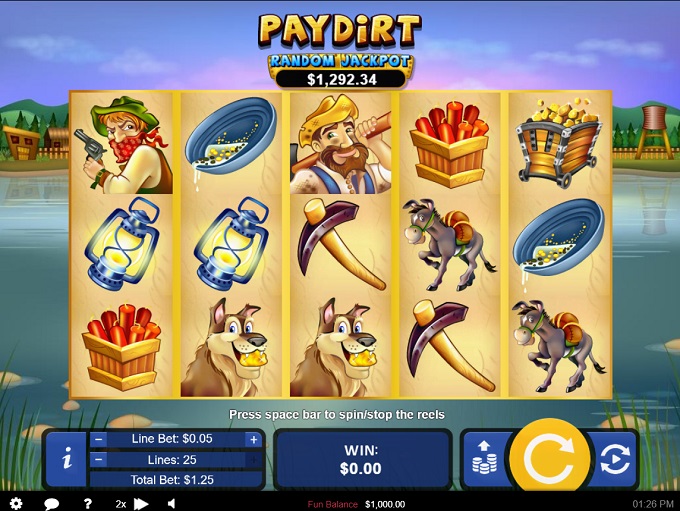 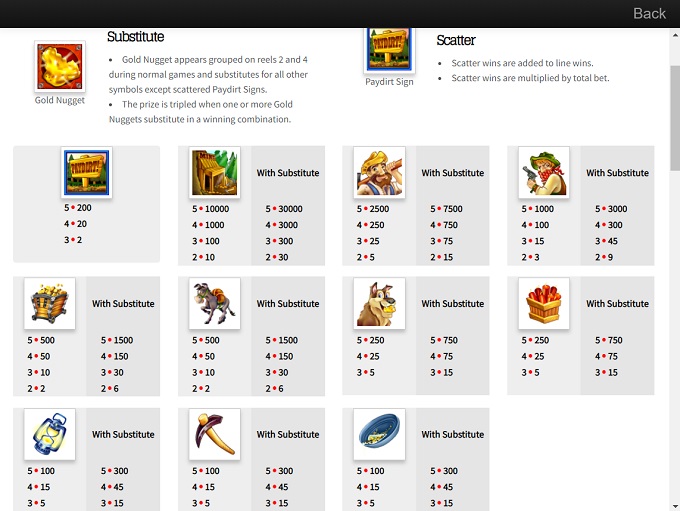 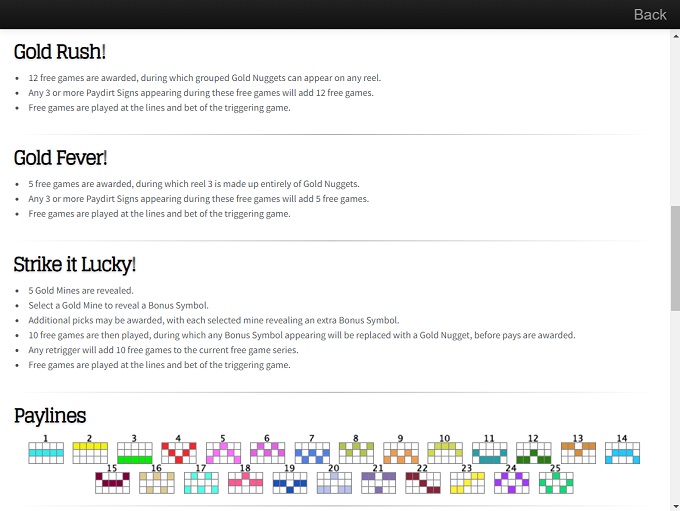 Pay Dirt slots, you make a choice and get one of three free games features in it's pick a feature game, get lucky and win the random jackpot and stacked wilds with triple payouts are in its 5 reels and 25 pay-lines!

It's off to the mines with your trusting dog and helpful pack mule while playing in the Pay Dirt slot game.

The gold digging will be a bit easier with the right choice in Pay Dirt slots wagering; the coin sizes can be adjusted from $0.01 up to $0.50 per line, with the maximum bet of $125.00 per game. All Pay Dirt slot symbols pay from left to right except for the "sign" scatters which pay any.

Pay Dirt slots game has a Random Jackpot and can be won at any time at the end of any game. So cross your Pay Dirt tools and hope it will hit while you play.

With each of the Features mentioned above: When 3 or more Pay Dirt symbols appear during the feature; the first amount of free games awarded will be added to the remaining free games.

Let's talk about the gold madness going on with the Pay Dirt video slot symbols; first off you will need a checklist of what tools you will need on your expedition.

To start off with is the Pick Axe, a Gold Pan sifter, the Dynamite for those tough boulders and a Lantern to see your way in the mines.

With the heaver mining equipment in Pay Dirt slots; you will need a Pack Mule, the Rail Car to carry all of the gold out of the mine and you will need to bring a Dog along to sniff out trouble.

There is a Bandit looking to steal your gold, but if you bring along a trusting Miner with you to the Mine Entrance everything should be ok.

Wow! You can hit pay dirt as gold nuggets for sure, especially during the Pay Dirt slots free games pick feature!