Truth be told, NYX Interactive has ceased to be an independent gaming company quite some time ago. The company was acquired by Scientific Games in 2017, which in turn was acquired by a group of investors in 2021 and is today known as Light & Wonder. But that doesn’t mean all the games already produced have disappeared into thin air. And for historical purposes, it’s good to have a look at what sort of online slots this company used to produce.

It’s also worth noting that NYX was much more than just a game producer. Like many others, their core product was a versatile casino system, which allowed the online casinos to perfect what they offered the players. Most of this has been integrated into other systems, or it has become obsolete. What remains is a quickly dwindling selection of games. If you spot them somewhere, why not give them a spin for a dose of good old nostalgia. 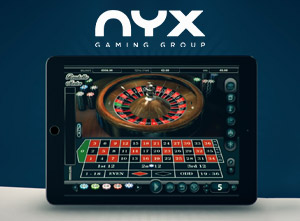 When it comes to themes you can find some pretty familiar setups: ancient gods, historical and mythical characters, treasures and all sorts of fruits. Occasionally the graphics and sound effects reach excellence, but as most of the games are reaching a decade or more in age, the overall quality is slightly out of touch when compared to modern online slots.

When it comes to bonus features the selection is a bit more barebone. Again, this is something that has gone on developing with other casino software developers, whereas the NYX online slots are forever stuck in the past. Bonus spins, wilds and multipliers are obviously present, as is a selection of pick-a-win features. 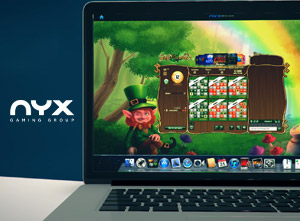 The only problem with the most popular slots is that they might not be that widely available anymore. With some luck, you might find titles like Olympus Thunder, Wild Play Superbet, or Captain Nemo. But the further back in history we go, the less likely you are to find the games. Galactic Odyssey, Lucky 7’s, Sphinx Hijinx, and Storm the Castle might be next to impossible to find.

Like with everything else we’ve said so far, in this area too finding information is becoming more and more difficult. Generally, the RTP seems to be in line, or above, what the average is. That means most of these online slots are going to have 96% as the standard for return to player. When it comes to prizes, it’s pretty clear that NYX has always been one for big wins.

This means that most slots offer several thousand times your line bet from the basic paytable alone, with different bonus and special features aiming to make those numbers even higher. The combination works wonders, making gaming easy and fast-paced, with a chance of winning big. Check out these slots when you still can!