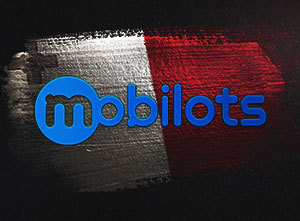 Mobilots was founded in 2015. As a company, their main objective is to create exciting and engaging mobile games, which is a goal that they have had quite some success with. Officially, the company has headquarters in Malta, though they also seem to have several offices around the world. Besides slots, the company has also produced a few table games.

The company produces quality games and software to go with them. The latter is quite flexible and allows the selected online casinos to offer all sorts of bonuses to their players. For the customer, this mostly shows up as an excellent mobile interface. At the moment Mobilots is quite a small production team, and their dedication to quality means they have a somewhat slow release schedule.

The company has a bit of a humorous take on themes, and rightfully so. This is evident from the graphics, which opt for a look that incorporates bright colors and soft figures. Sometimes this might seem a bit controversial, though in truth it’s just a fitting look for games that seek to entertain and engage the player.

What you can expect is a lot of games with animals playing the main role. Character-driven storytelling is a big thing as well. A handful of the games draw inspiration from history, and a few from adventurous themes, such as pirates or princes, or cowboys. Popular culture and local variations are also present. All in all, the variety in themes is quite large, and will definitely keep you entertained.

A classic reel setup is the way to go 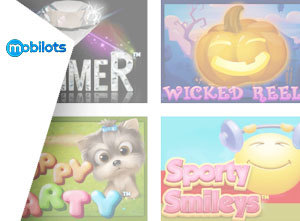 There are exceptions to this rule, but most games come with five reels and 15 symbol positions. You might have extra symbols here or an extra reel there, but that’s as far as the game goes. Once again, quite fitting for mobile devices. The same applies to paylines, with 30 paylines being the standard setup. The betting structure and payouts adhere to these guidelines. The RTP tends to be quite high.

This doesn’t mean that the games would only pay out basic wins. There are special features to fawn after.

The most surprising part…

… about the slots is their special features. Thanks to the talented team of mathematicians, these don’t usually interfere with the basic payout structure. Instead, they bring their own prizes into the play.

Bonus rounds and extra spins are a given, as are normal wilds and scatters. In addition to these, you have a lot of different features that modify the basics. The wilds can move and multiply, the bonus rounds might come with extravagant multipliers, and the scatters will payout instant wins. Some slots even modify the paylines, adding prize combinations from the leftmost and rightmost reels. One or two slots even have some experimental features like cascading reels.