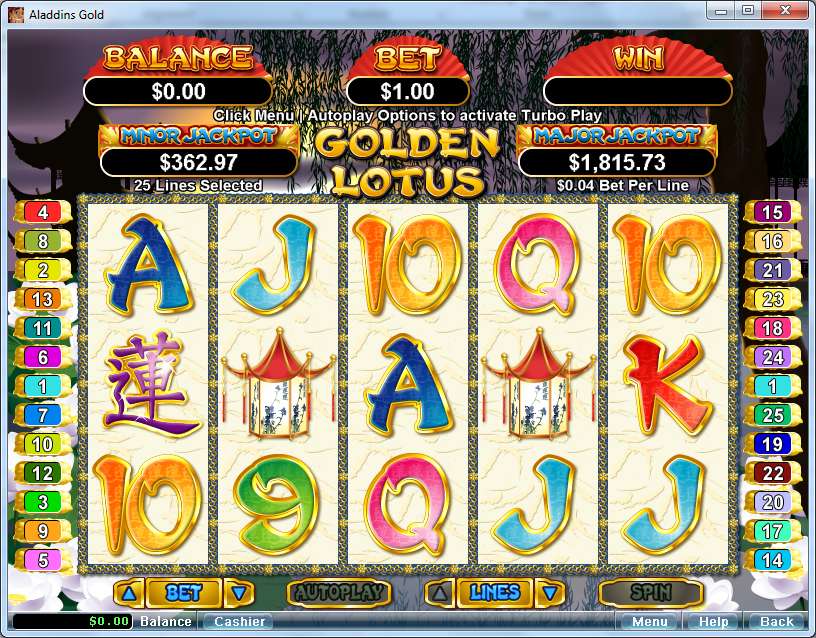 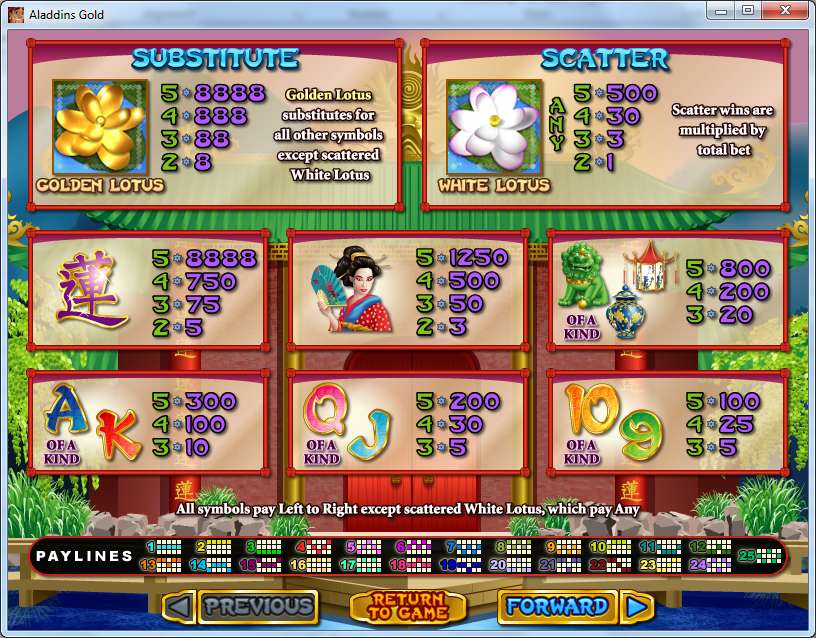 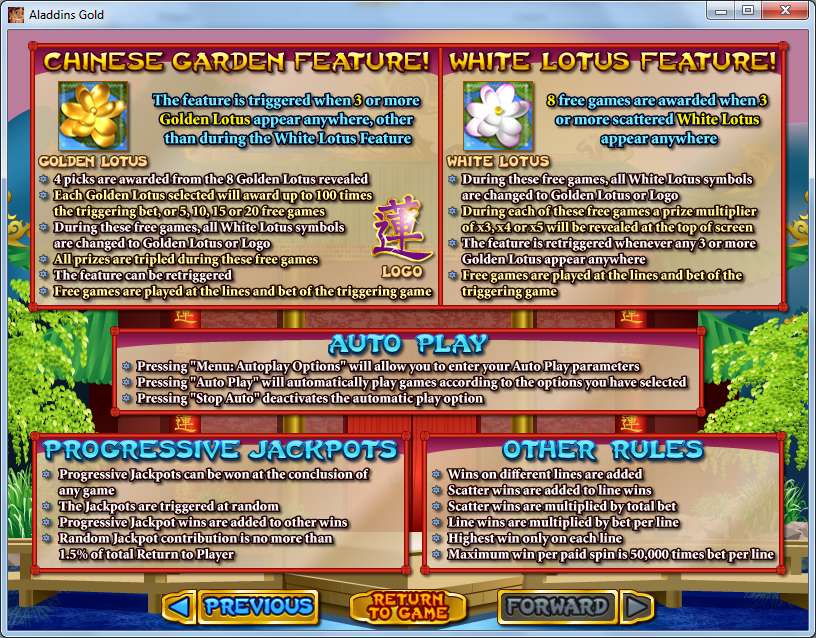 While the western world was busy showering their loved ones with chocolates and flowers on February 14th, 2010, China was celebrating its renewed relationship with the Year of the Tiger.

Also typical with RTG, Golden Lotus places its pay table and rules beneath the Help tab in the lower right-hand corner.

Several high-paying symbols abound Golden Lotus slots, including two symbols that award 8,888 coins when five show up on a paylinethe Golden Lotus and the Chinese Symbol. Even the symbols with the lowest payouts, the 10 and the 9, pay at least 5 coins.

If your goal is to bet big to win big, just make sure you can handle the other side of the spectrum.

If you havent used the RTGs Auto-play feature, nows the time to check it outfrom the Turbo option to the customized stopping functions, you can play Golden Lotus with no hands!

Aside from the White Lotus scatter, game play goes from left to right.

As soon as 3 or more White Lotus symbols land on the reels, eight free games are instantly awarded, and they are all played at the lines and amounts of the initial game wager:

During the White Lotus Free Games Feature; the Chinese Garden Feature cannot be triggered by 3 or more gold lotus symbols, only more free games will result.

As mentioned above, three or more Golden Lotus wild symbols will activate the Golden Lotus Chinese Garden feature. As soon as its activated, a pond scene will load into the game and youll see eight floating golden lotus blossoms:

Golden Lotus online slots features random jackpots that can be awarded at the completion of any real money game, and they are in addition to all other wins.

Play Golden Lotus video slots to celebrate the Year of the Tiger in rip-roaring styleor order some Chinese take-out and play any time of the year!

Flash is dead:/ As of 31 December 2020 RTG games that have not been converted to HTML 5 no longer work in Instant play mode or mobile
but will continue to be supported on Download only.