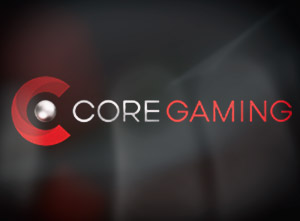 In 2016 Core Gaming proved to be in such a high rise of popularity that the famous Sky Betting and Gaming Group acquired the company. The road to this much fame started in 2007, which means that the team behind the games has been there to witness and take part in the whole life cycle of online slots and online casino gaming.

This has resulted in an interesting variety in their games, though it mostly only includes slots. There might be a table game or two in the mix too. Multiplier, or rather all, platforms are supported. Min markets seem to be European and North American players, though due to the wide availability players from all over get to enjoy these games.

In Chameleonaire you will experience a vast array of reel modifiers. These are brought in by the main character of the game, and can activate on any round played. Different bonus games, wilds with attributes, and even jackpots are part of the game. In Wild Corral, wild multipliers, bonus symbols, wild zones and bonus spins form big wins in combinations. Eskimo Dough brings in some must go pots, bonus rounds and random modifiers.

As you can see, the company goes way beyond the normal bonus spins. They seem to love adding random modifiers that can fire up at any round, and the games aren’t certainly lacking in all sorts of different pots and jackpots either. Wolf on Win Street, Reel Empire, and Diamond Heist are just further proof that the company keeps on coming up with interesting new combinations to both keep the gameplay entertaining, and to provide players with a chance of scoring a massive win.

And if you want something that is completely different from your average slot, try out Beehive Bedlam Reactors. 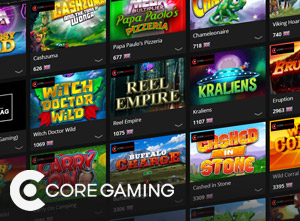 From the start the company has ensured a high level of quality when it comes to graphics. The style might be simple, but that’s just another aspect of ensuring that the reels look good on all devices. Each symbol is detailed, and these are not something that are recycled from one game to the next. Core Gaming has also ensured that their team is capable of treating the different themes with due respect, giving such unique looks as in the neon reels of Jackpotz or the historical look of the Reel Empire, which by the way is quite a unique take on the historical Roman Empire.

And we have nothing but nice things to say about the audio effects too. Not only do they fit the theme, but they go way beyond just providing some background music. It might not count for much when you consider simple things like wins, but it certainly adds a whole lot of value to the entertainment aspect of these slot games. Core Gaming products are worth a look and a spin!