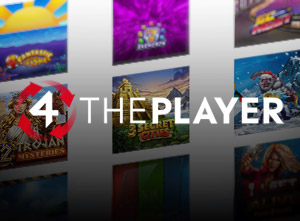 Games by players for the players is the official motto 4ThePlayer lives by. Are these truly the sort of games that players search out? And where does the confidence to be so certain of it come from? Join us as we take a look at what all that actually means, and how well it plays out on the reels.

The company itself was established in 2018, with the first slot being pushed out in 2019. The catalogue has not yet grown to a substantial size, but there are a handful of games to check out. This also includes a selection of table games on top of the more numerous online slots. The background is similar to many other gaming studios, with the original staff originating from other casino companies, bringing in decades of experience and know-how to jumpstart this new studio. 4ThePlayer is officially located in London, UK, and also holds the local gaming licence.

Clear maths, no overly complicated features or other aspects of over-engineering. Keep it simple and exciting, those seem to be the cornerstones of slot gaming when it comes to this gaming studio. That doesn’t mean you’re going to see just classic fruit slots. On the contrary, innovation is very important to this company, whether that means coming up with features of their own or perfecting those innovated by others.

Something that portrays these words in pictures and action is 90k Yeti. This game uses ways to win and Gigablox to create a top win 90 000 x the bet. There are more than that when it comes to bonus features, so have a look and a spin. 4 Fantastic Fishing slot has a bit lower numbers, like 4096 ways to win instead of 46 656 ways to win, but also comes with jackpots and respins.

Big Wins Is the Special Way

It’s pretty obvious that the gameplay is divided into two casts: the basic spins, which draw strength from the already formidable paytables, and the bonus features that almost have a life of their own. These are meant to sort of escalate the spins, leading first to bonus spins, then to multipliers, and if luck has it accumulative wins. Powering up the features and even unlocking new specials as you play is also part of the game.

But does that mean the action is entirely about the big wins via special features? The answer would be no. In most cases, a single basic round can net thousands of times your bet. This is mostly thanks to the ways to win system, which the company seems to have chosen as the default method over paylines. But obviously, the wins grow even bigger when all the modifiers from the bonus games come into play. You’ll also run to buy a bonus feature, though that might not be available in all jurisdictions. 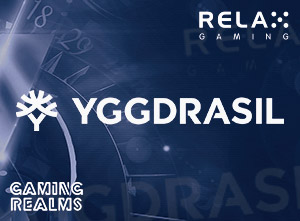 The company might not have been in business for decades, but they’ve already managed to partner up with companies like Yggdrasil. Other platforms they are present include Gaming Realms and Relax. These too, point to a rather modern approach, especially suited for bonuses and mobile gaming. Considering that these platforms not only come with bonus spins, bonus cash and slot tournaments as consistent features, but also with networked campaigns, you can be sure that we will be seeing a lot more from 4ThePlayer in the future.

The level of graphics and animations is so high that when playing on a mobile device you need to ensure a good internet connection. Otherwise, it will take a bit too long to load up the content. When it comes to interface and functionality you couldn’t find a better match for mobile gaming.

No Childish Themes and Styles

Gambling is for adults, and that’s something the company takes seriously. You’ll notice it in the game themes first and foremost. That’s not to say they would be into adult gaming, as in nudity, rather you won’t see any sweet and cuddly symbols and graphics. History and mythology come with fierce gods and heroes, the animals include bloodthirsty sharks, with action and adventure taking care of the rest. There are a couple more neutral games, such as 100 Bit Dice and other table games if you find the other settings too intimidating.