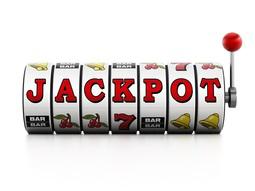 Big progressive jackpot wins always get a lot of attention in the online casino world, and the most recent win at Vegas Crest is no exception. A lucky player was able to nail the progressive on the five-reel Dream Wheel video slot to the tune of $149,081.17. This is a life-changing sum of money, and the lucky player decided that she was going to use the money to pay off her bills and fix her house. That sounds like a great use of the money.

Dream Wheel is a game produced by Saucify that has a bit of a wealth-based theme. You'll see a big yacht on the water and a big mansion on the beach in the background, two big signs of wealth in and of themselves, and cars, champagne and gems cover the reels. It's clear that this online video slot is all about the good life, and the lucky players who nail this jackpot learn that from first-hand experience.

The online casino industry celebrates its 20th anniversary this year, and it gives us a chance to look back and reflect on what has changed in the industry over the past two decades and what has stayed the same. While the graphics and quality of the games have definitely improved for the better, it's clear that progressive slots still dominate in terms of popularity and in terms of the sizes of the prizes that are awarded to players.

Vegas Crest is a lesser-known online casino that first launched in 2014. They're licensed in Curacao and accept US players with a mix of games from Saucify (previously known as BetOnSoft), BetSoft and Rival Gaming. This is a much larger selection of games than what US players are typically able to get, and that has helped them to maintain some pretty strong levels of loyalty from their players. With a reasonable selection of deposit options, a reputation for paying out reliably and solid customer service, they definitely have everything they need to continue to grow into a major contender over the next several years.