Six-Figure Payout Won at Bodog on Super Diamond Mine 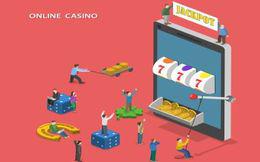 In the world of online slots, different players hit big wins in different ways. Some nail progressive jackpots, others run up massive payouts during bonus features, and others just have a really good streak of luck with regular-sized wins that pile up over time. It was a combination of bonus features and regular payouts that led to Franz I.'s major win worth $143,942 at Bodog Casino on the Super Diamond Mine game.

Super Diamond Mine is a somewhat older game powered by Realtime Gaming. Bodog has the rights to all of the older RTG games, and this is included as one of its more memorable titles. What makes this game stand out is that it uses multiple bonus features including a diamond meter that will send you to a second screen bonus feature to mine for riches if you collect enough diamonds. It also has a sizable 10,000x regular jackpot and a medium volatility.

Something that's interesting about Super Diamond Mine is that it has a progressive jackpot, but it's not really considered a progressive slot. In fact the progressive had nothing to do with Franz I.'s six-figure payout. That's because this game is a part of the Reel Series of video slots, and that means that it has bonus progressives that hit randomly no matter what symbols show up on the reels, and it starts out at $1,000. Instead of being the centerpiece of the game, as is the case with almost all progressive slots, this jackpot just acts as an additional potential payout like a bonus win.

Bodog Casino has made a ton of big winners over the years, and with this win on Super Diamond Mine, they're showing that they aren't stopping that trend anytime soon. Players have a huge range of titles to choose from with this online casino, and this includes games from many different providers. Because so many providers are represented, players have a great selection of games, and this means that you can pick exactly how you want to try to win. With hundreds of slots and table games to choose from, you could be the next Bodog Casino winner in your game of choice.