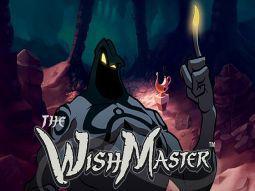 Royal Panda Casino has recently announced a big winner. A player who goes by Joakim from Sweden picked up a payout worth $31,118, and this win came mostly on the Wish Master slot. It's worth noting that this didn't come from a single jackpot win, but instead, it came from a number of payouts over a session. This is important to note because the Wish Master is a fairly low-volatility game that doesn't have any major jackpots available, but it does have a lot of medium-sized wins that can be hit over and over again to drive up a major score.

About The Wish Master

The Wish Master is powered by Net Entertainment, and it uses five reels of action with 20 paylines. It stands out because the top payout is just 750x, and while that might seem small, it's important to realize that there are a ton of medium-sized prizes available in this game, and the hit-rate is fairly high as well. This smooths out the volatility and makes it easier for players like Joakim to run up wins over entire sessions. A total of $18,309 of his winnings came on the Wish Master.

Joakim picked up $7,328 in winnings on Big Chef as well, a recent release from May 2015 by Microgaming that features Rising Wilds and a French kitchen theme. Another $3,988 was paid out on top of that on Gonzo's Quest.

While that winning streak was pretty incredible, his luck continued several days later. He was able to pick up $15,221 in additional winnings on the Lucky Angler game. Joakim seems to be on an incredible series of wins.

Royal Panda Casino has been around since 2014, and it uses a combination of games from Net Entertainment, Microgaming Quickfire and other software companies. This means they get in a lot of new games on a regular basis, but it also means they have a large selection of titles to choose from. Joakim's wins came on games from multiple software developers, and that's a great example of the advantage that you get from playing in an online casino like this one.