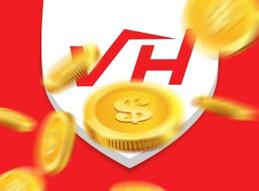 Casino Cruise's new sister-site only launched at the end of November, but Vegas Hero Casino has already crowned two big winners. One took home more than 1,000x times his stake while betting big on King Kong and the other won nearly 20,000x while playing a Microgaming progressive jackpot game. Read on to learn all about these strokes of luck and another big win at Casino Cruise.

King Kong from NYX Interactive is a NextGen gaming slot that the huge company acquired when it bought the smaller Aussie slot maker. Recently, a UK player took his luck to the limit with a £50 spin on the game and triggered a phenomenal 1,350 free spins. Random wins like this player's for £58,400 don't happen every day, but when they occur at Vegas Hero players know they'll be paid quickly!

The next fortunate Vegas Hero player was from Norway. Ahelvik won €86,630 while playing Treasure Nile from Microgaming. Sitting at home in his living room, he wagered €4.50 and brought down the house. One great thing about the Microgaming progressives - no matter where you play them - is that the company always pays out in one lump sum, so by now, Ahelvik is most likely enjoying the spoils after only playing at the casino for a couple of weeks. Treasure Nile is also a favorite of players in Germany.

When asked what he planned to do with the money, Ahelvik said he'd like to use it to enjoy life a bit more - perhaps a nice holiday and a new car. He added: "With €86,630 you can get a super-fast and cool car!"

No matter which machine he won on he was able to count on finding over 1,300 games from Microgaming, Quickspin, Play'n GO, and NetEnt along with fast withdrawals, top customer support, and plenty of promotions.

Casino Cruise launched in 2014, so they have a much longer list of winners than the newer Vegas Hero. One of their most recent winners was a construction worker from Finland. After playing NetEnt's  Divine Fortune for only a little while, he turned a €3.00 spin into €162,596.

The guy is such a hard worker, running in his own crew, that he hadn't been able to take a vacation for six years... until now. He plans to book a much-deserved getaway, pay off his bills, and top off his savings. That is some divine fortune, indeed.