Netad Management and Other Casino Owners Nailed in Bust 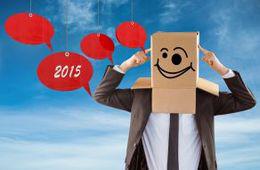 Like something out of a crime movie, the US Securities and Exchange Commission's recent busts for money laundering, identity theft and fraud via penny stock scams has been tied into online casino activities. Known as "pump and dump" schemes, this particular type of scam involves running up the value of a penny stock through artificial means before selling all of the stock that you own in it.

The people arrested include Gery Shalon and Ziv Orenstein. They were arrested in Israel, and they're being extradited to the United States. Another suspect is on the run and believed to be hiding out in Russia, perhaps in Moscow, and his name is Joshua Samuel Aaron. While all three men are close together in age being that they're all in their thirties, they also all go by a number of other names. They also include the owners of several brands in the Netad Management, RevenueJet and Affactive groups.

In a really interesting turn of events, these men are also believed to have been involved in the hacking of JPMorgan Chase back in 2013. A lot of information was stolen in this hack, and a lot of that information was data on customer accounts. This seems to fit in with the other charges, though there aren't any charges pending against them for these particular acts at this time.

Perhaps the most well-known brand that's been shut down over this is WinPalace Casino. The brands that have been affected have been known to be rogue in nature for quite a while in the sense that they were not reliable with payouts for a large number of players. Now players and affiliates with these sites are left with the short end of the stick since funds that were in their accounts do not appear to be coming their way anytime soon.

This news really underscores the importance of sticking with online casinos that have a reputation for taking care of their players and that are recommended by online gambling portals that you can trust. Because most or all of the affected casinos accepted US players, it also shows how important expanding regulation is in the United States to help protect the players from this type of thing in the future.