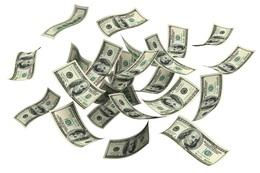 The Mega Fortune progressive jackpot is running hot, it seems. Fresh off of a jackpot win worth about €4.5 million that was won a few weeks ago by a lucky Swedish player, another Swede has picked up €8.6 million on the same jackpot. However, this time it was won on the mobile version of the popular slot in a bit of news that shows mobile is definitely a mainstream part of the online gambling industry.

How the Jackpot Was Won

The NetEnt Touch series of games includes Mega Fortune Touch, a redesign of the original that makes it easier to play on modern mobile devices like touch screen smartphones and tablets. A lucky 30-year-old from Sweden was playing this game when he took down a massive €8.6 million jackpot thanks to the top progressive in this title. It's a very impressive bit of news, especially considering another big jackpot was won just a few weeks ago to the tune of €4.5 million by another person from the same country.

Over €13 Million in Jackpots

More than €13 million has been paid out by the Mega Fortune progressive jackpot inside of the past four or five weeks. That's a pretty impressive feat, especially considering that both of the jackpots went to the same country in a really fun bit of luck. Mega Fortune is always making a lot of headlines for its large payouts, but what makes this win even more impressive is that it comes on the mobile version of the game, and that just shows that you can win a life-changing amount of money from anywhere you want when you play with Net Entertainment.

Mega Fortune Touch uses five reels and three rows with 25 paylines. It has a high volatility because of the multiple progressive jackpots you can win, and coins range from €0.01 to €0.50 apiece. Players can choose different numbers of coins on the paylines, so the betting range is actually anywhere from €0.25 to €50 per spin. The chances of winning the progressives are scaled to your bet size, so you don't have to be more than €0.25 per spin to have a real chance of winning a huge amount of money.