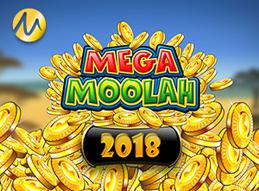 One of the things that Microgaming is most known for is its great selection of top-tier progressive slots. They have some other types of games with progressive jackpots mixed in, but it's the slots that make up the vast majority of the winnings. In 2018, their progressive jackpots paid out more than €150 million in total and set a world record along the way.

Mega Moolah previously held the world record for the largest online jackpot ever. In September of 2018, it broke its own record with a win worth €18,915,872.81. This is the flagship progressive for the Microgaming software, and it's pretty easy to see why with such big payouts.

In total, there were nine different people who took down seven-figure jackpots as well, and that accounted for around €40 million of the winnings. Add that to just under €20 million for the record-breaking jackpot listed above, and that's not even half of the wins that were given by this network of progressive wins.

Starting Off 2019 in the Right Way

Some people might be expecting Microgaming's jackpots to cool off a bit after having such a great year, but they've already shown that there aren't really great chances of that happening. On January 2, 2019, a lucky player took down a win worth €1,162,021.24. They couldn't even make it two days into the new year without making someone into an instant millionaire, and that's the way things go whenever you're paying out nine figures in progressive jackpot wins over the course of 12 months.

There's a lot to expect from this software developer in 2019, and they've already taken a quick start with new releases and big jackpot winners. They had an excellent 2018, and we expect that they will use that momentum to push forward and have an even better 2019. Their exclusive software deals with a variety of smaller and newer developers means more chances for hot games to be added to their Quickfire platform, and more people than ever enjoying their progressives means more winners and bigger payouts from that network of games as well.