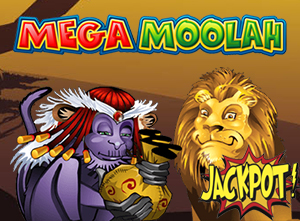 The world record for the largest mobile jackpot has been broken once again, and Mega Moolah has come out on top. On April 25, 2017, a player at Tipico took down a win worth €8,012,153.35 on the game, beating the previous record that was established back in August. The record wasn't broken by much, but Microgaming was breaking their own record in the process.

The Importance of This Win

Mega Moolah is generally considered to be the single most popular progressive slot in the world by a lot of industry experts, who at the very least put it tied with its nearest competitor (Mega Fortune from NetEnt). It currently holds the world record for the largest online win in history, and Microgaming has been breaking their own record on the mobile side. The previous record was about €7.97 million, and the new record is €8.01 million along these lines. While that by itself might not seem like a huge deal, the point is that lots of big mobile winners are being made on this game.

Something that's really important to get out of this is that this particular online slot has a jackpot that keeps jumping up very quickly. It was in the €4 million range in the middle of March, and it kicked all the way up to over €8 million by the end of April. This comes after it was won in early march for over €6.5 million. At this rate, this one game is producing several millionaires each year, so it's not surprising that Microgaming's progressives as a whole have paid out more than €716 million total in the history of the company.

Right now, the only real threat to Mega Moolah's crown as the top progressive jackpot in the world is Mega Fortune. It's not quite as popular in terms of the actual volume of play that happens, but NetEnt has been expanding into a lot of newly regulated markets, so they keep picking up more of the market share each year. It's hard to say if they'll ever challenge for the top spot again for a while, but they have the only game that's anywhere close for the moment.