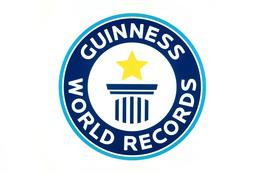 One of the biggest stories of 2015 was when a player by the name of Jon Heywood broke the world record for the largest online slot win. His payout was worth a whooping EUR 17,879,645.12 million in October, and he's received his official plaque for winning. Microgaming was also awarded a plaque since they are the ones who developed the game that he won on, Mega Moolah.

Mega Moolah is Microgaming's largest progressive jackpot slot. It has multiple progressives tied to it, and it shares those jackpot pools with The Dark Knight, but the largest is always worth at least seven figures. You can win on a wager of any size, but your chances of winning are scaled according to your bet. To give you an idea, a bet of $1 would have twice the chance to hit a jackpot as a wager of $0.50. This is a fair way to handle things, and it gives players an opportunity to hit a life-changing win no matter how much they play for.

Jon Heywood picked up his win after wagering just GBP 0.25 per spin. He was very excited for his Guinness World Record plaque, but he said he still can't believe he won such an amazing amount of money.

Mega Moolah has made several millionaires over the years, and it's always been seen as one of the top progressive jackpot draws in the industry. In October, it broke the world record, beating out Net Ent's Mega Fortune slot. To read more about NetEnt's games, click here, but it suffices to say that Mega Fortune held the record for a few years. Now, Mega Moolah has made the company that created it proud by breaking that record and becoming the new progressive jackpot king.

Microgaming's rivalry with NetEnt isn't over yet. NetEnt is trying to really take over and stand out as the top software provider in the online casino industry, and Microgaming is one of their main obstacles to taking that spot. Even though they've been releasing lots of new, high-quality titles, it's going to be a tough fight to take out a company that's been on top of the industry for over 20 years.