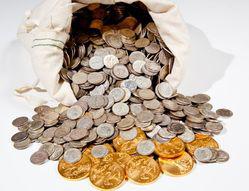 A lucky player at Casinoland was able to take down a win worth €6.4 million recently. The payout came on the Mega Moolah slot, a game that currently holds the world record for the largest online jackpot in history. This is yet another major payout for this game that's happened in 2016, and there have been several millionaires made by this title in the past 6-7 months along those lines.

About the Jackpot Payout

The jackpot itself was actually worth €6,355,463.98, which is a pretty impressive sum. The lucky player is the second player since April to pull over €6 million on this game after another player won €6.9 million just a few months ago. The average size for a top win on the Mega Moolah progressive slot is in the range of €5 million to €7 million, so while both of these wins are large in the absolute sense, they're actually in the middle of the range for payouts on this particular game.

The War of the Jackpots

Something really interesting has been happening over the past year or so after Microgaming's Mega Moolah slot won the world record from Net Entertainment's Mega Fortune. There's been a bit of a friendly fight between the two to see who can set the new world record again, and while NetEnt is obviously hoping that they pull out the win, Microgaming holds the title for now. What makes this even more interesting is that, with the nature of today's industry, they both have their titles in a lot of the same online casinos.

The thing about Mega Moolah is that it's a set of four jackpots that are actually tied into multiple slots. For example, they also run in the Dark Knight online slot, and several millionaires have been made through that title as well, but the original Mega Moolah video slot is still the most popular, even though it has a bit of a hokey safari theme with dated graphics. We'd like to see them update the original game like they've done with several of the "HD" versions of their titles, but that isn't something we've heard word of coming down the pipe any time soon.