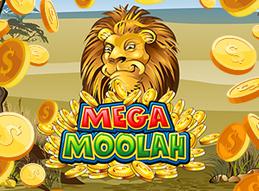 The initial lump sum win of just over €11.5 million will go down in the books as the fourth-largest payout in the history of Microgaming's progressive slot network.

With these two most recent wins, Microgaming's progressive jackpot network can now boast that it has made 71 people into millionaires since its inception.

Both jackpot wins were triggered by members of Casino Rewards brands, and the second jackpot win was made in only 33 bets from a player who had only registered with the casino earlier that same day.

Big wins from the Mega Moolah slot are not new to the Microgaming team, but they still love to reach out to congratulate players and share in their excitement.

Microgaming's Games Publisher David Reynolds offers his congratulations to both players and says, "Mega Moolah strikes yet again. Microgaming continues to lead the way with more life-changing wins on the network."

Reynolds goes on to say that "the fact that these two millionaires were made on consecutive days really demonstrates the strength and popularity of our world-famous Mega Moolah slot."

The Mega Moolah slot is Microgaming's flagship progressive, and it has the largest jackpot pool of all the slot titles in the network. The safari-themed game has been around since 2006, and it has paid out some impressively huge wins over the years.