GVC Increases Its Bid for Bwin.Party Yet Again 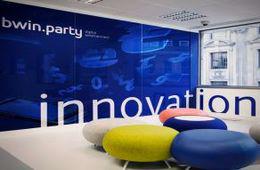 We've seen bidding wars over company buy-outs in the online gambling world before, but we've never really seen anything like what's happening over the sell of Bwin.Party. 888 Holdings and GVC have been in a massive bidding war for months over the company, and GVC has increased its offer yet again. The new offer is worth a total of about £1.1 billion, a tremendous increase from its original offer of £1 billion that was made in partnership with the Amaya Gaming Group.

One question that's coming from this increased bid has to do with the position of Amaya in all of this. They were originally partnered with GVC on the first bid, but they haven't really been mentioned on the past two. When you combine this with the fact that Amaya was involved in one of the biggest deals of 2014 when they purchased the Rational Group (owner of PokerStars and Full Tilt Poker) and made Canada the center of the online poker universe, their absence is pretty suspicious.

A really interesting part of this equation is that Bwin.Party shareholder Jason Ader could be the source of some major resistance on this new bid. He's very insistent on a price of 140p per share, and the newest bid from GVC is only 130p per share. He could hold things up, and it's hard to tell what direction things are going to go in. With the way this bidding war has been going, however, they could very well end up exceeding that if 888 Holdings comes back with something stronger.

Nature of the Bidding War

What's happening right now is basically that 888 Holdings and GVC are giving competing offers for Bwin.Party, and stockholders are having to meet to decide which offer they want to take. While GVC is offering more upfront for the company, 888 Holdings seems to have a strategy based around giving more on the back end. It's not really clear which side has the upper hand right now, but with Ader adding a lot of pressure for upfront money, it would seem that GVC has the advantage (even if Amaya isn't in the picture).