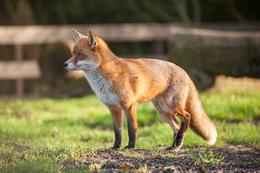 Tricycle is a London-based agency for advertising, and they have been handling the advertising for Foxy Bingo for the past nine years. This month, they've launched a new television ad that's reminding a lot of people of the Grand Budapest Hotel. They've already said that the movie was the inspiration for the ad, and it has Foxy being followed by cameras through her own Foxy hotel. There are lots of different scenes in the short advertisement, and it includes seeing Foxy rubbing shoulders with celebrities.

The thing about Foxy Bingo is that they really changed their look just a year ago, and now they're running a brand new television ad campaign. They're also tied in with a campaign with the Jeremy Kyle show, and this is on top of other forms of advertising like billboards, radio ads, online ads, social media, bus sides, sponsorship deals and more. It's clear to see that this advertising campaign is absolutely huge and covers all walks of life.

Advertising in the online gambling world is really important, but it's also really tricky to do correctly. The reason for this is that you have to avoid situations where you're targeting children or people with pathological gambling issues, and the line isn't always clear. You can accidentally run an advertisement that offends people or somewhat targets a group you want to avoid without really realizing it, and then the advertising standards groups will be all over you. Along these lines, it's really impressive that Tricycle has been running such a strong campaign for Foxy Bingo and that they've been working with them for so long.

This room offers a lot of different types of games including multiple variations of bingo. When players want a break between games, they can go check out their selection of online slots, instant win games and other titles. They do offer plenty of non-bingo games, but the key is that these games don't take much time, so you won't accidentally spend too long on one of these titles and miss a scheduled game. Overall, this is a great room to play with, and it's one of the reasons why they're able to keep advertising running at this level for almost a decade.