Evolution Gaming to go Live in Italy on Planetwin365’s Platform 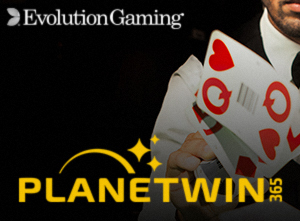 Evolution Gaming, one of the leading providers of live casino games, announced recently that it will be partnering with Planetwin365, a part of SKS365 Group, to add its full range of online live games to the site’s portfolio in Italy. The online casino will go live with the full catalog of the developer’s games.

The catalog includes an extensive choice of casino table games, such as the native Italian-speaking Venezia, and recently released games like Super Sic Bo, Free Bet Blackjack, and other poker variants.

On the list of offerings is also Evolution’s growing range of game show-based software. The games will be available on desktop, tablet, and smartphones at the Italian site.

Commenting on the deal, Francesco Gaziano, Chief Marketing Officer at SKS365 Group, said: “We are very excited to be collaborating with the market leader in Live Casino and to be adding such a rich and valuable set of set live games to our Planetwin365 games line-up. We are particularly excited by the potential of Evolution’s game show games, which include Deal or No Deal Live, Lightning Roulette and Money Wheel games.”

Sebastian Johannisson, Chief Commercial Officer at Evolution, added: “We are extremely proud to be working with SKS365 Group on the further development of their Planetwin365 content offering. With Planetwin365 being one of the top online sports betting operators in Italy, this is a key customer win in what is a very important European market for Evolution.”

Getting their games to punters in Italy is not the only expansion for the supplier in recent times. The company has also moved to enter the newly regulated Swiss iGaming market through a deal with Grand Casino Baden, often considered the poker mecca of Switzerland.

The Swiss operator is looking to move into the online casino business and was one of the first companies to receive a license to go live online from the Swiss regulatory body. They selected Evolution as one of their content partners which will allow players in Switzerland to enjoy world-class live casino gaming from the comfort of their own homes.

While striking deals on content distribution, Evolution has also been expanding their line-up of games. A new addition to their growing portfolio is Side Bet City, the 1980s inspired poker game that promises to transport players back to 1985 to a world of Las Vegas glam and neon-lights.

The developer hopes this new simplified poker experience will attract novice players but also give pro players something to enjoy as well.

With market expansions and lots of new releases, it seems the company is on a real roll lately.