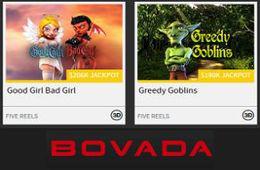 One of the common misconceptions about online slot play is that the biggest wins always come from jackpots. While jackpots are often used as great examples of winning life-changing sums of money in a single spin, they aren't the only way to win. In fact, a player by the name of Howard J. from Colorado took down a six-figure payday without hitting a single "jackpot" payment thanks to a sizable winning streak across two different games.

Howard's win came across a combination of play on Dino Island and At the Copa. Both of these games have great free spins bonus features that extras added on like multipliers, wilds and other goodies, and it was these bonuses that led to his overwhelming payout worth $218,975. The Colorado resident showed that you don't have to hit a big jackpot to add some serious change to your account balance, and that's funny in a way since these games do offer access to a progressive jackpot.

Dino Island is a dinosaur-themed online slot from Realtime Gaming. It has a top payout of 2,500x aside from the random jackpot, and its fre spins bonus feature is where the majority of the value comes from the way the payout schedule works for this game.

At the Copa is a BetSoft-powered online slot with excellent graphics and sound and a Latin dancing theme. It features three progressive jackpots, the highest of which is usually in the lower five-figure range, and it offers free spins across 30 paylines of action.

It seems like Bovada Casino is putting out big winners all of the time, and a big part of that is the depth of their game selection. They offer a lot of titles from Realtime Gaming and BetSoft on top of other software developers, and this means that they're able to attract lots of different types of players. It's this diverse selection of players that really drives these wins since you have tons of people playing tons of different kinds of games. Add in their welcome bonus package that's worth up to $3,000, and you have the perfect storm for tons of major wins over time.