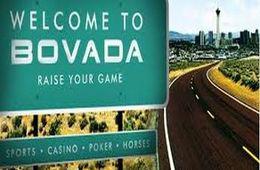 One of the things that all online slot players wish for is a big payout or jackpot. Bovada Casino is known for being home to a lot of winners, but they were able to produce a very special winner recently who took down two different six-figure wins. What's so interesting is that this happened on two different games as well, though they have some similar features. Check out these games and how much the winner was awarded here.

The lucky player is going by the name Howard J., and he's from Colorado in the United States. His first big win came on the Desert Kingdom online slot, and it was worth a whooping $143,728. However, The next payout was worth $128,769, and that was on Dino Island. The total payout was over a quarter million at $272,497, and that's a pretty amazing run. We'll be interested to see if Howard's winning streak continues with these big wins.

What's really cool about Desert Kingdom and Dino Island is that they are both video slots that use 25 paylines, and they both have progressive jackpots. They are a couple of great games with a similar feel and similar format, so it's not really surprising that Howard was drawn to both of them. While Bovada Casino offers a large selection of titles, players will always come up with the things that they like the most, so they'll be drawn to games that fit those patterns. It seems like Howard likes video slots with progressive jackpots, outdoor themes and a medium number of paylines.

Something that really provides a big advantage for Bovada Casino is the fact that they use games from several different software companies. This means that they have a wider range of more games with different themes and different formats. On top of that, they have a large number of promotions that happen each and every week to give you several different ways to win no matter what types of games you prefer to play. If you're a fan of progressive slots, then you could be Bovada's next big winner, or you can take advantage of their wide array of table games and video poker.