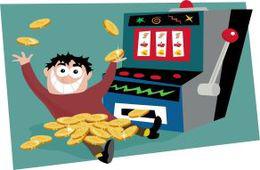 Players from all over the world love to play online slots, and a lucky player from the Czech Republic proved that in a major way with a big win on the Gunslinger online slot at Bohemia Casino. This casino site was created to primarily serve players from this country, and all play is in the Czech Republic Koruna (CZK). This jackpot was worth almost 1.2 million CZR, a pretty substantial sum that shows that you can win some major payouts no matter where you're from.

Details on the Win

The lucky player goes by the name of Alexandr, and he was able to win smaller prizes before at Bohemia Casino. His latest win was on Gunslinger, a fairly new game by Play'n Go, with stakes of just 30 CZK per spin. This is worth about US$1.25, and the 1,179,844 CZR jackpot was worth about US$49,149,92 in total. This is a pretty sizable win, and could very easily be the largest payout in the short history of this particular site.

The Gunslinger online slot uses five reels and three rows with 25 paylines. There are different ways to get paid in this game as you try to fight off a number of bandits. During the Bounty Hunter bonus feature, you can pick different bandits to fight against with different available ranges of prizes. Instead of shooting at each other right away, since that might be considered too violent, they have a shooting contest where you'll try to put holes through barrels. Perform well enough, and you'll take the bandit on himself.

This site opened in late 2014, and it has a license to operate from Malta. While they haven't really had long enough to build up a reputation for reliability or quick payouts just yet, this license does speak quite a bit as to the quality of the company backing it since Malta doesn't just take on anyone for online gambling licenses. They have a lot of games from Net Entertainment and Play'n Go, so players are definitely getting a solid selection of high-quality titles to choose from. Alexandr's win shows that they're turning out some pretty sizable payouts as well.