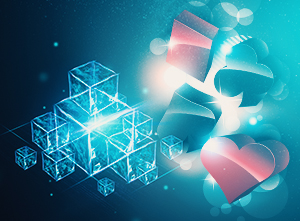 Data Mining, to put it in layman’s terms, is when one collects poker hand histories to either analyze your, or another’s play, once you have finished a session. Online poker rooms usually don’t have a problem with this practice, as long as you are only collecting data on your own hands and other players that happened to be sitting at the table(s) you were playing at.

Even if you don’t use any hand tracking software or websites, I’m sure you’ve done some form of Data Mining in the past by either discussing with your friends hands that you’ve played or even discussing various other player’s and patterns that you’ve picked up by playing with them.

The problem with Data Mining lies within the fact that there are numerous websites that offer to sell hand histories, which in most cases show mucked cards, to any player willing to pay a nominal fee. Although this is a very popular service, most poker rooms consider this to be unethical, and have subsequently banned the practice of buying and/or trading hand histories that you had no involvement in, in their terms and conditions.

The poker rooms feel (and I agree with them on this) that having the history of millions of hands that you didn’t participate in at your disposal gives you an unfair advantage over the other players.

With that amount of data, combined with a program such as Hold’Em Manager, PokerTracker and many others, you can pretty easily figure out the playing patterns of other players, so you know who to stay away from and who might be an easy mark.

Don’t get me wrong; these programs by themselves are not the issue here, and are actually allowed at most poker rooms, as long as you’re not using collected hand histories from sources other than from your own play.

Online Poker and Data Mining go hand in hand, but recently, it has gotten out of control. Brian Townsend, a Full Tilt Poker Pro, had once served a suspension of his “Red Pro” status due to his involvement in the Data Mining poker scandal that saw the popular Swedish pro “Isildur1” lose $4.2 million on December 8th, 2009, in just 5 short hours to fellow pro Brian Hastings.

What happened is that Brian Townsend compiled a report of Isildur1's playing habits and patterns that was compiled from a database of 20,000 hands that he had personally played against Isildur1, and another 30,000 hands from an undisclosed source. Three heads are better than one, so once Townsend had his report together, he got together with both Cole South and Brian Hastings to go into more detail about what the optimal playing strategy would be against Isildur1.

I’m not sure if this would have even been brought to light if not for the fact that in an ESPN interview, Hastings admitted to the three getting together and further analyzing the reports from the combined 50,000 hand database that Townsend had put together. But in either case, Data Mining poker is against Full Tilt Poker’s terms and conditions, and they basically gave Townsend, the ring-leader, what amounts to a slap on the wrist.

Most of the major online poker rooms have a clear cut policy against Data Mining in the terms and conditions, but PokerStars takes it to the next level. They have a page on their website that is devoted to 3rd party applications and Data Mining. They not only list programs and web services that are banned from use at all times, but they also list programs that are allowed either when the poker client is running or not.

Each online poker room obviously has different rules in place regarding Data Mining, but the consensus is that Data Mining is an OK practice–as long as you participated in the hands that you have access to.

To sum it all up, when you’re not sure if what services you are utilizing are against that particular poker room’s terms and conditions, be sure to e-mail them to make sure you’re not in breach of their terms and conditions. Failure to do so could range anywhere from a warning all the way to having your entire bankroll confiscated and never be returned.