Yet Another DDOS Attack Targets WPN 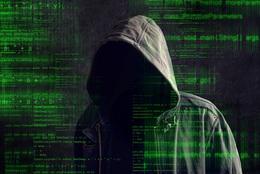 A ploy that we've seen in recent years against different types of online gambling sites is hackers holding up events for a virtual ransom, costing operators tons of money. The Winning Poker Network has been the target of attacks like this in the past, and they saw another big loss tied into a big tournament overlay related to yet another DDOS attack. This attack and others like it are forcing people in the industry to rethink security on multiple levels.

Nature of These Attacks

Here's how the attacks themselves work. A DDOS attack is short for Distributed Denial of Service attack, and that basically means that thousands of computers from across the world try to access a server at one time over and over again. This drastically slows down the connection and makes it extremely difficult for legitimate users to connect.

This type of attack hit the WPN online poker network on Sunday, strategically timed to come just after the beginning of a major tournament that had a $1 million prize pool. Only about 1,600 players were able to enter, and this led to a situation where a total overlay of about $200,000 was had in the event since players weren't able to connect and get into the tournament before the registration period ended. This is a major loss for WPN, a company that has refused to give into ransom demands in the past.

Nature of the Scheme

The scheme against WPN, and one we've seen against different companies in the past, is that they are threatened with these types of attacks unless they pay up a certain type of ransom. This is usually some sort of monthly payment, and it often involves giving them protection from similar schemes from other hacker groups.

The problem is that if WPN takes this type of deal with such a group, then they open themselves up to even bigger problems than the immediate losses. This could include charges of funding terrorism, money laundering and all kinds of other problems, and that's not to mention the fact that it sets a precedent that they can be blackmailed and controlled in this way. Overall, it's a tough situation to be in, and we're interested to see what solutions they can come up with.