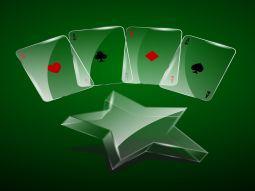 Online poker in California has been under debate for several years, and one of the main reasons it hasn't made it anywhere in that time is that certain native tribes have been seriously combating the initiative to keep out major competitors like top-tier online poker sites. They've also been working to keep out racetracks, who have been lobbying to get a piece of any expansion of online gambling since their revenues have been consistently falling over time.

In a move that can only be reasonably described as a massive blunder, the Viejas Band of the Kumeyay Indians have aired completely inaccurate radio commercials attacking PokerStars and its parent company the Amaya Gaming Group. Back in 2011, PokerStars was indicted by the Department of Justice, but they were never convicted, and the radio ads have manipulated this incident and others to make what basically amounts to provably false accusations against the top online poker site in the world. Similar attacks were made against the Amaya Gaming Group regarding a Quebec investigation into Amaya stock prices prior to when they purchased PokerStars (and Full Tilt Poker).

Shooting Themselves in the Foot

This is a great case of someone shooting themselves in the foot, not learning from it, and doing it again. All these attack ads are going to do is slow down the implementation and regulation of online poker in the state of California. That means that the tribes are going to get no part of the pie, and that hurts them in the long run. However, they'd rather ruin it for everyone than not get their way, and that's exactly what they're doing right now.

The Importance of California

California is the largest US state by population, and it's the largest single state market for online poker by far. Getting California on board would be a huge deal for online poker because it puts other states in a more favorable situation to get involved thanks to the precedent already set with intrastate deals like the one between Nevada and Delaware. Sharing player pools would allow states to make more money by making the games more favorable to players, and this means more players will want to get in on the action instead of playing with unregulated sites. California's large player pool is the key to this.