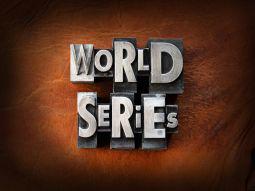 The game of 2-7 triple draw plays at seven-handed tables. This is the same as 2-7 single draw that normally plays with seven-handed tables, the only other game that uses this format. Some big names were at the final table of this game. Le won the $322,756 top prize. Second went to Max Casal who won $199,438. third went to Ismael Bojang who picked up a nice $130,851. Online legend Phil Galfond scored $89,939 for fourth place, and James Obst was the fifth place winner with $63,863. Sixth was Rep Porter for a cool $46,813, and the first person who busted on the final table was seventh place Calvin Anderson with a $35,389 payout.

The Nature of Lowball

This event only picked up 109 players, and that's compared to the $565 Colossus no-limit hold'em tournament that consisted of a whooping 22,374 players, the world record for a live tournament that was also set this year. Needless to say, triple draw is no where near as popular as hold'em. In fact, it may be the least popular game that has its own event at the World Series. However, it's a classic game that has a die-hard following that consists largely of fans of poker theory.

The most popular lowball game is 2-7 single draw because it plays in a no-limit format that no-limit hold'em players can relate to easier. While triple draw plays with a fixed-limit format in most games, single draw (also known as Deuce for short) has always been one of the main games. It doesn't play as large as no-limit hold'em because it only has two betting streets instead of four, but it's a game that's been gaining more and more ground over time.