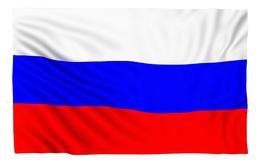 In the past, Vladimir Putin has expressed an interest in legalizing online poker because of the sport and competition elements of the game. A lot of industry experts assumed it most likely wouldn't actually happen, but they could have been mistaken. Business Insider published an article recently that builds a pretty strong case for Russia being about to legalize the industry instead of carrying on with the current ban.

The Importance of Regulation

Whether they like it or not, tons of Russian players already enjoy the game, but because it's not regulated, they're not really able to take taxes on it. It also puts players in a situation where they aren't able to get assistance if a site exhibits shady behavior, so it's really a lose-lose situation for everyone. If they are to regulate the industry, it will change things to a win-win situation instead, so it's obvious that this would be the preferred path for reasonable people who understand how things work.

Russia is facing some of the same problems that many other countries are facing. These problems step from budget issues and the fact that they're spending too much compared to the amount they're bringing in in the form of tax revenues. Taxing and regulating online poker would be a step that would help to increase revenues in a time when they're needed the most, and it would open up the industry and create a scenario where even more people are playing. With the popularity of the game in general in the country, it's clear that it could turn into a relatively lucrative endeavor.

Online poker as a whole is facing a major problem right now. The industry has been facing some big problems for the past several years, and the steady decline of poker on the Internet hasn't shown any signs of turning around in spite of the fact that tournament entries in major events like the World Series of Poker are up. Something drastic is going to need to happen to the player pool for things to turn around, and Russia regulating the game would be just the thing to kickstart another poker boom, especially if other countries with unregulated markets follow suit.