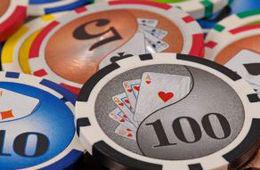 The World Championship of Online Poker at PokerStars is considered to be the single-largest online tournament series ever, and it's broken records for the largest prize pools for tournament series and individual events online. This year, there's a Super High Roller event with a $51,000 entry fee that is expected to attract a crowd of well-known players that will see a ton of spectators. However, PokerStars is adding betting on potential winners to the mix to make watching this event even more exciting.

PokerStars has opened up a market with odds listed for 20 different players in this event. All of the players are really well-known, and this includes plenty of people known for their online exploits as much as their land-based ones. None of the odds on the players are that far from each other with a range of just 13:1 to 16:1 or so, but a lot of the names are sure to attract a ton of attention. It's hard to say if there are any stand-out bets from the lot, but it will definitely add a layer of action and excitement to the event that we've never seen before.

What's important to realize is that the poker world in general is full of people who like to bet on virtually anything. Some prop bets between players are legendary, and they lead to some pretty incredible stories. Betting on who will win a tournament is extremely tame compared to many of the bets we've seen in the past between players, so PokerStars is basically just giving the players what they want by opening up this betting market.

Jason Mercier, Daniel Negreanu and Daniel Moorman all made the 13:1 list. A number of other players like Viktor Blom, Igor Kurganov, Dan Colman, Ike Haxton, Bertrand Grospellier, Mike McDonald, Phil Galfond, Justin Bonomo, Ole Schemion, Phillip Gruissem and Tobias Reinkmeier are all listed at 15:1. Jason Somerville, Dan Smith, Sorel Mizzi and Ben Sulsky are all available at the 16:1 tier. While this event is open to anyone who wants to pony up the $51,000, it's virtually guaranteed that all of these players who are listed will be in the event, though there has been no word yet if Justin Bonomo's grandmother will be entering.