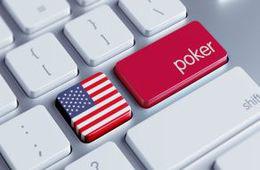 In many parts of the world, PayPal is a viable and common method for making reliable deposits and withdrawals for various forms of online gambling. In the United States, however, they pulled out of that market over a decade ago. For the first time, however, they are offering payments for online poker in Nevada through Caesars Interactive Entertainment. This is being offered for players on the WSOP.com platform with expansions coming soon.

Something that really takes this announcement to the next level is the fact that they're rolling out PayPal as a payment option in their New Jersey properties as well with HarrahsCasino.com and CaesarsCasino.com coming up next. The WSOP.com site is also available in New Jersey. It's worth noting that PayPal has lifted its ban for regulated sites in Delaware as well, and this could prove to be particularly important because Delaware and Nevada have an agreement that was signed by their respective governors to share player pools for online poker.

The Lack of Online Poker Growth

Online poker hasn't really taken off with the regulated sites like a lot of people were hoping it would. The fact of the matter is that the states having to regulate the industry one at a time is putting a major cramp in regulated online poker getting anywhere in the United States because of the way the player pool ecology works for the game. Unlike other forms of gambling where you're competing against the house and player numbers don't really matter that much, you need an established base of players to really get things going for poker.

Because each individual state started off as only allowing players to compete against each other from the same pool, there's not been enough players to really support play at the tables. In spite of the agreement between Nevada and Delaware, there's still no agreement with New Jersey, and this is hurting the size of the player pool. The introduction of PayPal as an option could really help this considering that some players still have problems depositing with credit cards, but a lot is going to have to change on a larger scale if they want poker to take off again like it did in the early-mid 2000s.