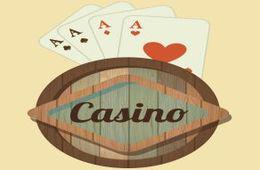 In the history of poker over the past two decades, few brands have been as important as the World Poker Tour. First founded in 2002, this brand was responsible for major tournaments that were televised with hole cameras for the first time outside of the WSOP, and it turned into a major show with a lot of followers that helped to drastically increase the popularity of no-limit hold'em poker. The WPT was one of the major factors in the poker boom from around 2003 through 2007, and it drastically changed the face of the industry. Now it's being sold for the second time in the past seven years in a major deal worth $35 million.

Back in late 2009, the company that is now Bwin.Party purchased the WPT for $12.3 million, and they have definitely made a profit on their initial investment now that they're selling it for $35 million. However, the brand itself has lost money in recent years with 2014 bringing a total loss worth $7.6 million. Whether Ourgame International can do more to help this brand and turn it into a profitable company is yet to be seen, but chances are that they wouldn't have purchased it in the first place if they didn't believe that to be the case.

Poker has seen better days. Since the days of the poker boom itself, the industry has been in a long decline that's shown no real signs of getting better. Because the WPT has over 70 total events now, this means that each of those events has been taking a hit in attendance, so the effect is pretty large overall. However, this also creates a lot of opportunity because Ourgame will have plenty of chances to cut out the worst performers of their tours and make improvements to the others to bring the brand as a whole back into the green.

When asked about the acquisition, Ourgame CEO Frank Ng was very adamant about the fact that he's looking to expand. He mentioned opening up their brand to different revenue streams, and this could be a focus of their plan to bring the WPT up to date and make it the force it once was in the overall poker and gambling world.