New Jersey Could See PokerStars Sooner Rather Than Later 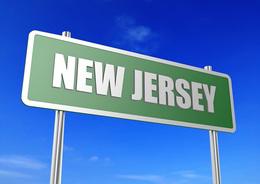 Black Friday was an event on April 15, 2011 that put players in a position with a lot fewer options for enjoying online poker. PokerStars was one of the sites that were forced to pull out of the US in that event, and now they could be making their return to the United States by entering the regulated New Jersey jurisdiction. Nothing's for certain, but there are signs for a potential return.

The Return to New Jersey

The potential return comes after some emails were sent out to certain New Jersey residents who had PokerStars balances from before Black Friday that were never recovered. Because they received a waiver for making transactions before getting a full license by the New Jersey Division for Gaming Enforcement, they were required to contact certain players in the state that still had unclaimed balances. This email outlined the process by which they could claim their funds and what would happen to the funds if they didn't claim them in time.

Why PokerStars Pulled Out

There were a ton of different reasons that PokerStars pulled out, but they were hit with a lot of federal charges including violations of the UIGEA. Player balances were eventually returned when possible, and they even made a deal with the Department of Justice to purchase Full Tilt Poker and repay player balances there when Full Tilt couldn't pay because of bad business practices. They've been trying to get into the New Jersey jurisdiction for some time, and they've been confronted with their past on these charges before by being called a "bad actor."

Getting Past the Bad Actor Label

Both PokerStars and Full Tilt were purchased together in the middle of 2014 by the Amaya Gaming Group, and this has helped to get past the bad actor label to a degree. However, it's not been a complete solution for them, and it's created a situation where they often seem like they're only halfway towards getting that part of PokerStars' history behind them. They've made a ton of big changes to the brand over the past 12-15 months since they've owned it, and the PokerStars of today has a lot more going on than the PokerStars of 2011 did. Hopefully that will help New Jersey to decide that PokerStars is going to stay in the state.