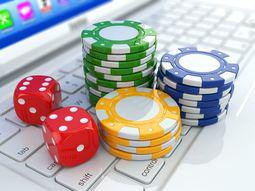 One of the biggest innovations in terms of new formats of poker becoming popular over the past few years has been three-handed jackpot sit-and-go tournaments. These events give you a chance to win a pretty significant top prize relative to your buy-in because they use a distribution of available top prizes instead of using the traditional SNG prize format. They've become extremely popular, and the Microgaming Poker Network is launching their own version of these games that they're calling Fish Party SNGs.

Microgaming has a slot called Fish Party, and they're incorporating the graphics and game style into this poker game. The way it works is that once you start a game, reels like those from Fish Party will spin to determine the prize pool of the event. Then you play an all-or-nothing format game with very fast blind levels to determine the winner. What's cool about this game is that it only takes a few minutes to play, and you can end up with some pretty significant payouts. There are five different buy-ins to choose from ranging from $1 to $50 per play, and the average game will only last a few blind levels.

While their Mega Moolah progressive slot currently holds the world record for the largest online gambling win in the world, they're using the progressive concept in these games as well. A progressive jackpot will be used for the top available payout in the Fish Party SNGs, which is a lot different than the competition's three-handed SNG games that are based on static top prizes.

The State of Online Poker

The Microgaming Poker Network is one of the healthiest poker networks online right now. They're also one of the only networks to see positive growth over the past few years in an industry that's been shrinking in size on a regular basis for quite a while. They're definitely making sure they stay up on the latest trends in the poker world with these new Fish Party SNGs, and it just goes to show that they're keeping all of their different online gambling software packages at the top of their respective hills in an effort to dominate the entire online gambling landscape.