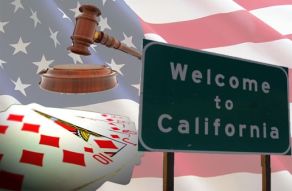 All In Media commissioned Survata Inc and the National Research Institute to conduct a survey in California. They took a pool of 1,500 Californians of a representative sample who were all of legal gambling age. The results of this poll are loud and clear: 66 percent of those interviewed want their legislative body to regulate online poker. It's worth nothing that 71 percent said that they would feel safer if they were playing in an online poker room that was licensed by the state of California.

One of the biggest pieces of opposition to the advancement of online poker is corporate interests. Or at least, it's what corporations think their interests are. The last question of the survey asked people if online poker regulation would make them go to live poker rooms less often. Only 29 percent of players said that this would be true for this. This just goes to show that corporations are wrong about online poker becoming an overwhelming replacement for land-based games, and it shows what's been proven over and over again: Online poker compliments live games and makes them more popular.

On a larger scale, California regulating online poker could have the effect of kicking online poker into gear across the country. Because there needs to be a large initial player pool to maintain a poker economy and make things attractive for more states to join in, California getting into the action would be a pretty substantial deal. From there, we could see deals with California to share player pools like that between Nevada and Delaware. This would help the players by offering better games with more options, and it would help the states by offering a better product that leads to better revenue.