More Bracelets Awarded at the WSOP 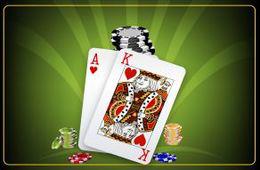 There are tons of events at the World Series of Poker, but it was event 45 that saw Upeshka De Silva, 27 from Texas, take down a $424,577 win. The game was no-limit hold'em, and the buy-in was for $1,500. These smaller buy-in events have been turning out some major prize funds, and a total of $2.23 million was up for grabs in this event. This was Silva's first bracelet, and he fought off some major names at the final table to win it.

The World Series of Hold'em

Some players have jokingly called the WSOP the World Series of Hold'em because of all of the no-limit hold'em events, but that didn't stop Matt O'Donnell of Florida from scoring $551,941 for winning his first bracelet in a $2,500 no-limit hold'em event. He beat out a total of 1,243 opponents, 144 of which shared the $2.83 million prize pool. Of particular note is that the heads-up portion of this event lasted a whooping five hours, so he definitely earned the win here.

Event 46 was a $3,000 buy-in tournament for pot-limit Omaha, and the game was short-handed with six players at each table. Vasili Firsau, a familiar name from Belarus, was able to score a bracelet in this event. The final table was full of tense action, and it included Dan Idema, the owner of three WSOP bracelets himself. Firsau held out and scored $437,575 for his efforts after besting the other 681 entries into the event. The prize pool was $1.86 million.

Back before the dawn of written history (or so it seems at times), fixed-limit hold'em was the most popular game available just before the poker boom came around 2003. This meant that event 50, the $10,000 championship event for limit hold'em, is a pretty big deal. A total of 117 players were in the event, but don't let the smaller number of entries fool you because there were tons of bracelet winners and high-level professionals in the tournament. Last year's winner Justin Bonomo placed third, and this led the way for Ben Yu to take down top honors. This was his 30th cash in the WSOP, and it was worth $291,456 to him.