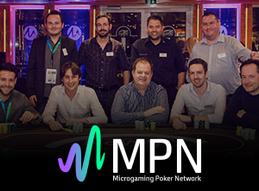 A poker tournament that lasted a bit over three hours was put on by Microgaming at ICE 2017 this year, and it was all for charity. The event included more than 80 people, and there were thousands of dollars donated to charity as a result. It was a great occasion, and it goes to show once again that Microgaming continues to do work to give back.

The top prize went to Alon from Crazy Vegas. He picked the Teenage Cancer Trust to be the charity that won the top payout, which was a £3,000 donation. Second place was a £2,000 donation to Save the Rhino, won by Sean Auret from Lucky247. After that came the £1,000 donation prize for Jean-Christophe Antoine from Betsson. He also picked Save the Rhino as his charity of choice. These prizes are a part of their Gift of Giving initiative that they've been running for a few years now, and it's a great way for poker tournaments and charity to come together at one of the biggest industry events of the year.

Players had a chance to take part in a variety of side events as well. Microgaming CEO Roger Raatgever had a £500 bounty on his head in the event, and Rob Deaves from 32Red was the one to bust him out for that prize. It was given to The Children's Centre, a charity based out of the Isle of Man that focuses on putting children in a position to realize their potential. Overall, a total of £7,000 was given to a handful of different charities as they try to build this event up to even larger levels year-by-year.

Microgaming has been working hard on their Gift of Giving charity initiative, and they've raised several thousand dollars as a result. The Isle of Man Branch of the Multiple Sclerosis Society found this out first-hand when they picked up an additional £500 donation as a part of this event as well, and that's just another example of how Microgaming has reached out to touch many lives with this initiative.