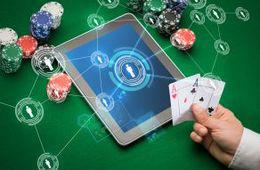 Guts.com is known for having a solid online casino that uses a wide variety of software companies to give players an excellent selection of games. This selection is going to be boosted once again after a recent announcement that they are going to be adding online poker to their lineup. Thanks to a new deal with Microgaming, Guts.com will offer online poker services through MPN, the Microgaming Poker Network.

The thing about this deal is that it's not really that surprising. Guts.com has been going since 2013, and they've made a lot of relationships in those two short years. One of those deals is with Microgaming who provides them with their Quickfire platform. When they decided to add online poker to their portfolio, it seems like Microgaming was the natural choice since none of the other companies they work with offer online poker. It would have been a little more interesting of a choice if they offered games from Playtech, since Playtech runs the iPoker network, but they do not.

There aren't many new online poker rooms being opened these days, and one of the reasons for that is that the industry has not been doing very good as a whole over the past few years. Since the "Black Friday" event on April 15, 2011, online poker was dealt what seemed like a final death blow to many after it had already been on the decline for a few years before that. The legal situation for poker in some countries like the United States combined with the fact that everyone knows the basics of strategy now means that the games are less full than they have been in a decade, and a lower percentage of those players are recreational than ever before.

This move just goes to show that Guts.com is still expanding and looking to offer players more and more. It could be the case that they want to add other forms of gambling in the future, or could just be that a lot of their players asked for poker specifically. We'll have to see what happens with their expansion over the next year or two to see what happens next before we know what their long-term plans really are.