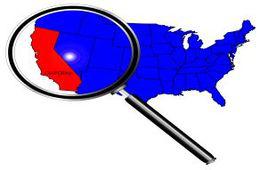 In the United States, each individual state has to regulate online gambling independently of the others because of how the federal government seems like they're never going to get anything through Congress until the states have their own thing going. Because California is such a huge state with such an overwhelming population, when they regulate any part of the industry, it's going to be a big influence on the rest of the nation. However, they have a track record of almost regulating things, and this almost seems to have carried over to this year as well.

The main problem with this year's online poker legislation is one of political influence. The biggest thing is a major fight over which companies should be allowed into a regulated scenario and which companies should not. The tribal groups, racetrack groups, land-based card rooms and online poker rooms are all basically fighting over this, and it's created a virtual deadlock. The biggest problem is that the tribal groups want "bad actor" online poker rooms excluded from any regulated marketplace, and they also want racetracks out.

PokerStars is a good example of what the tribes are calling a bad actor. The point is that they operated in the United States in violation of the UIGEA for a few years, and it's this point that's kept them out of New Jersey in the past as well. Even though the Amaya Gaming Group has bought them out and none of the same major movers and shakers are involved, it's the brand that the tribes keep attacking.

On top of that, the racetracks are insisting that they get in on any online gambling legislation at all. Their revenues have been dropping consistently over the past several years, and they feel like they aren't allowed to play on an equal playing field with other forms of gambling. The main idea is that they'll be able to compete more fairly if they're allowed opportunities to operate on the Internet in some capacity.

Overall, it doesn't look like this fighting is going to get anything done. It's a classic case of cutting off your nose in spite of your face, and it's going to end with no one being able to operate on the Internet, just as it has for the past several years for similar reasons.