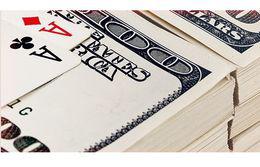 Bovada Poker has been a staple in US online poker since 2011 when it was split from the Bodog brand. This came right around the time that the Department of Justice announced that the Wire Act did not apply to online poker, which in turn meant that the UIGEA did not apply unless online poker was illegal on a state level. This dynasty has come to another change, however, as they are now closing their doors.

Details on the Close

On September 30, 2016, online poker will be done and over with. However, not all is lost. Players are going to be transitioned over to Ignition Poker as the latter has purchased the rights to continue offering online poker services to Bovada's players. They are going to make the transition as smooth as possible for the players, and they are so dedicated to making things go smoothly that they are even transferring over affiliate information -- something that's virtually unheard of in cases like this.

Brands You Can Trust

Ignition Casino and Ignition Poker have not been around as long as Bovada, but they are a sister site, and they are backed by the same group. Ignition is licensed in Kahnawake, one of the most trusted jurisdictions in the world, and in the time they have been open, they've shown repeatedly that they care about giving their players peace of mind when it comes to protecting your personal information, giving quick withdrawals and being reliable overall.

For US players, the transition probably won't actually change very much once it's completed. The poker accounts are being switched over like normal, and all that will really change is that players can take advantage of some extra welcome bonuses for starting their new accounts at Ignition. The software and games are virtually the same, and if it wasn't for the branding graphics, players would have a difficult time telling if they were playing from Ignition or Bovada just from looking at a screen shot.

Overall, this is a move that is notable and important for the industry for US players, but it doesn't mean players will need to do much differently in terms of getting in on the poker action whenever they want.