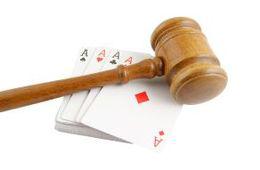 The American Gaming Association is a very important entity for gambling companies in the United States. They act as a sort of trade and lobbying body, and they are the largest such organization in the US. They showed support for quite a while for federally-regulated online poker, but they have changed that support to now being against it. A lot of people have asked for an explanation on that switch, and now they get one.

One issue is that a lot of the members of the AGA have differing opinions on the expansion of online poker and online gambling in general. Those who are for it are generally that way because they feel like it will be in their best interests, and those who are not for it generally feel the exact same way. Due to this lack of consensus, the AGA has decided to switch its stance from being for the expansion of federally-regulated online poker to being against it, and it's worth noting that this stance could change again in the future.

While the above is the story the AGA is sticking to, there's really more to it than that. The fact of the matter is that Sheldon Adelson has really been the only member of the AGA who was openly against federally-regulated online poker, and he's been on that tirade for quite a while. He even went so far to say that he would spend any amount he had to if it meant keeping online gambling out of the United States. While it's arguably in his best interests, at least in the land-based arena, it's not what's right for the rest of the United States.

One of the measures that Sheldon Adelson has been backing is the Restoration of America's Wire Act, which would effectively ban all forms of online gambling. One problem is that this bill, if worded incorrectly, could ban several types of land-based gambling as well if it used Internet connections in any way, shape or form. This would mean that linked progressive jackpots in land-based slots would be out the window, as would a number of other popular ways of playing games.