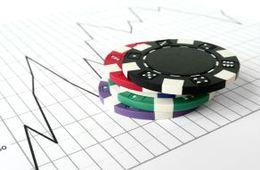 Global Poker Index (GPI) is a company based around the idea of bringing together poker under one central league and ranking system. Mediarex Sports & Entertainment is the parent company of GPI, and they've recently raised $4.9 million in funding to back GPI in its quest to bring all poker players together under one set of rankings. Because poker is full of different groups of people scattered all over the world, there is a lot to be said for the idea of bringing them all under one umbrella.

More than 100 million people play poker regularly across the world, and Mediarex has the idea of building up poker to be recognized as an "eSport," or electronic sport. One of their core ideas is to create an aggregating service that would rank players from different sites and tournament pools against each other based on a number of different factors. These factors could include earnings, ROI, tournament volume and other indicators.

It's hard to say what GPI's chances are of achieving their goals, but they probably aren't much of an underdog here. Video gaming of different types has been recognized and has gained more legitimacy as electronic sport in the past few years, and with the rich history that online poker provides, it's easy to see how that would fit together. What GPI plans to do to bring together attention on this aggregation is unclear, and it's not certain that many players out there will care all that much about an international ranking system like what GPI proposes. However, it's going to be interesting to see them try.

State of the Industry

One issue that they have to take into consideration right now is that online poker has seen better days. After the poker boom of 2003-2006 and the subsequent hits that online poker took in 2006 with the UIGEA passing and in 2011 with Black Friday, numbers of players have steadily declined. While we obviously hope for the best for GPI and its chances of improving the market for online poker, they are definitely going to be fighting an uphill battle on this particular endeavor.