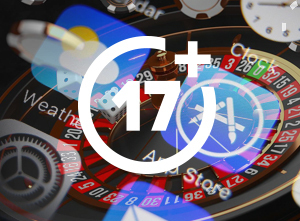 Technology titan, Apple, has put the iGaming industry in its crosshairs again with a recent announcement that will have a big effect on a rapidly-growing sector of the industry.

This time the tech firm is gunning for social casino apps which have become very popular in the last few years and are currently not specifically regulated by most jurisdictions.

Social casinos are casinos where players do not place bets using real money. Instead, they use virtual tokens to play games like slots, blackjack, and other casino offerings. However, social casinos often feature microtransactions by which punters can replenish their virtual coin stock by using real money.

In an update, the company posted on its developer microsite…

…it was announced that starting August 20th the social casino apps which Apple calls “simulated gambling apps” will carry a minimum age rating of 17 in all countries and regions.

In practice, developers will now have to get their casino games rated by appropriate regional bodies before the product can be allowed on the app store.

Company representatives were cited as saying the policy change is an attempt to “ensure our global age rating system continues to help make the App Store safe for kids.”

Apple has been working closely with governments before to ensure local laws were followed and in 2018 they removed 4000 apps tagged with “gambling” at the behest of the Chinese government.

This time, to comply with the regulations in South Korea, the minimum age for casino apps in that country will be 19.

Apple’s recent actions regarding gambling can only be described as tough.

In June this year, the company announced that from the 3rd of September, all gambling content will have to be served through native iOS apps instead of through HTML5 containers.

It’s a move that still has the industry reeling while trying to make themselves compliant before the looming deadline.

The iOS platform owner claims this change will mean they will be able to review code that runs the gambling games compared to the previous situation where apps were just simple wrappers that served HTML5 content stored on the developer’s servers.

…it was revealed that the hotly anticipated Apple Card, the credit instrument on offer in collaboration with Goldman Sachs, could not be used for any gambling transactions at all.

The terms of use specifically ban any kind of “cash advances or cash equivalents” which means traveler’s checks, foreign currency, cryptocurrencies and indeed online casino transactions are verboten.

Apps which offer slots and similar games but don’t use real money are very popular on both the Android and iOS app stores.

And as with any new and popular thing, there have been controversies.

Game developer, Rockstar Games, known primarily for their behemoth Grand Theft Auto series, has made waves last month when they released their own take on the concept in an update the GTA Online part of GTA V.

The glamorous virtual casino is called “Diamond Casino and Resort” and offers various types of games played with virtual tokens and no ability to exchange real money.

Still, that hasn’t stopped certain governments like Greece and Israel from banning the casino functions in their countries leaving punters able to roam the virtual space but not gamble in it.