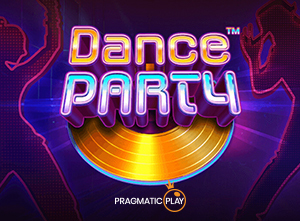 Leading iGaming content provider, Pragmatic Play is launching its latest title – Dance Party slot. By the announcement, the releases will be imminent so players will be able to buggy with this game very soon.

It is a homage to the most interesting music genre that never goes out of style – disco. Fluff your hair, put on those wide-leg jeans and prepare yourself for the dance party on the reels.

…this is one of the classic games of this type since it comes with 5x3 grid. Filled with neon visuals and immersive dance-floor setting, including a soundtrack that is true to the theme, this slot will at least make you shake your head in the rhythm.

…don’t let the common grid set up to fool you. This title is more suitable to the category of modern new slots since it comes with high volatility, a progressive multiplier extra spin mode and more special features.

A Multiplier Party at the Nightclub

The disco theme doesn’t make this slot original since we saw many of them before. Making the compelling story around this music genre is a bit tricky, and it can be a big hit or a complete miss.

In the case of the slot by Pragmatic Play, it has a lot of potential to become an instant player’s favorite. While the visuals can’t be called impressive due to good enough graphics, they do follow the theme to the teeth, painting the picture and a feel of the fun night out in the club.

…takes all the spotlight since it’s the only bonus round. It is triggered when 5 or more diamond scatter symbols land on reels on the same spin. With 15 extra spins awarded, the round also starts with multipliers.

On each complimentary spin, the multiplier value increases depending on the number of scatters that have triggered the feature in the base game:

A maximum potential multiplier in the feature is 30x. Lucky players who land 5 scatters on the same extra spins will be awarded 15 additional spins, up to a maximum of 60.

Another Valuable Addition to the Provider’s Growing Portfolio

… Pragmatic continues to grow its impressive catalog of games. All of their slot, live casino and bingo games are available via seamless API integration.

At the same time, all the releases are optimized for mobile casinos via iOS and Android devices, enabling players to have fun on a go.

Just days ago, the developer has premiered his engaging title, The Wild Machine. This 5x5 grid slot machine provides a very thrilling gameplay that is enriched with two special features – Gold Foundry and Diamond Forge spins.

Prior to that, the brand pulled the wraps off Aztec Bonanza – the slot inspired by ancient civilization, with expanding reels and up to 7776 ways to win! It also features giant 2x2 symbols as well as Tumble and Symbol Unlocking features.

The latest disco slot is the last (but certainly not the least) creation by this provider who has hit the market with a bang. Due to a cheerful theme and rather simple gameplay, Melissa Summerfield, the company’s Chief Commercial Officer thinks it will be very interesting to players.

“Dance Party is a high energy, fun-filled game designed to immerse players in an atmosphere packed with the bright lights and catchy tunes of a nightclub.

Transporting players back to the glory days of disco, the highly-volatile progressive free spins mode can mean the trip to the tiles is a real success, paying out up to 36,450 times a player’s stake for a night you’ll never forget,” said Summerfield.