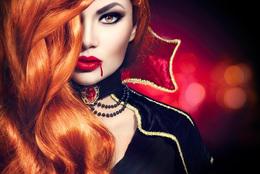 The month of October is all about getting in the spirit of Halloween, and that's exactly what CyberBingo is doing with a pair of big promotions. It starts with a simple costume contest. If you send end pictures of yourself dressed up in your costumes to play at CyberBingo, then you could win $100 cash as a reward for your efforts. Send in your pictures and wait to hear back to take part in this promotion.

The second promo that's running all month is a major bingo tournament. A major leaderboard event is going to be running with $3,000 in total prizes guaranteed for all of the individual games that make up this event. Your winnings will earn you a spot on the leaderboard where $1,000 in cash will be given away to the winner with tons of other prizes also available. This is a cool way to get in on the action because they'll also have special offers where you can win free cards to the games for this bingo tournament event.

CyberBingo approaches their tournaments a lot differently than many other bingo rooms. Because they start out with guaranteed prize games, players are already getting a good value. A certain predetermined group of games are used for deciding the leaderboard points, so they know exactly how much value players are going to be able to get from the games themselves. From that starting point, they can break down the prizes they want for the top leaderboard positions that will give players the most value possible. Overall, this is a method for handling bingo tournaments that's atypical and gives players a lot more value.

October gives players a major focus on Halloween, but it's also the beginning of the holiday season as a whole. Once October is up, players will be getting ready for Thanksgiving for most of November, and then the shopping season officially starts. Tons of new promos and special offers will come out between now and Christmas because the holiday season is the busiest time of year for any type of online gambling, and that includes bingo. Make sure to prepare yourself to take advantage of the biggest deals of 2015, because once the holiday season is over, these deals will be gone as well.