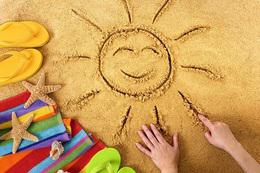 When an online gambling operator of any type chooses a software company to work with, it's typically for a long deal. Back in 2008, Sun Bingo relaunched itself using Gamesys software, and this was a pretty big deal at the time. That contract is apparently coming to an end because Sun Bingo has announced that they will be switching players over to the Virtue Fusion platform by Playtech.

Virtue Fusion is the online bingo product produced by Playtech. It's a part of how they have worked over the past several years to diversify their product in a way that they're able to offer services to several different types of gambling sites. Virtue Fusion will be taking over from Gamesys, and players will all be switched over to the new platform by around August 2016. This is a pretty cool move, and it goes to show that even established bingo veterans like Sun Bingo are looking to stay on top of things.

This new deal between Sun Bingo and Playtech is set for five years. That's going to be a fair amount of time to commit to this new software, but that's pretty standard in the industry. If you look at how long they stuck with Gamesys, the relaunch was in 2008, and they're apparently going to continue using that software on into 2016, so that's about eight years of time. Switching things up is good, but you also have to give players time to get used to the new games and software so that the site has something to build on before you just hop over to something else.

Playtech has received a sizable amount of criticism in the past few years because of how they've handled the distribution of their resources, especially regarding their online casino product. Many players have complained that Playtech is putting out fewer and fewer new titles because of all of the resources being put into their online bingo, online poker and online sports betting products. There's a bit of truth to this, but as this deal with Sun Bingo shows, it's not been for nothing. Their business strategy is one of having a foothold in a number of different markets, and it's working well for them.