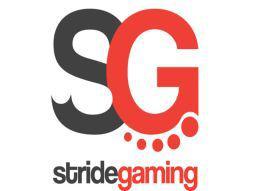 Financial reports for online gambling companies are important on both the micro and macro levels. On the micro level, you get to see how an individual company is doing. However, on the macro level, you can look at the financials for several companies to see how one particular sector of the industry is doing as a whole. In either case, Stride Gaming's most recent reports are showing that online bingo has plenty of room for growth, and they're definitely trying to lead the way.

Because they're listed on the London Stock Exchange, Stride Gaming has to release financial results on a regular basis. Their most recent report was for the middle of the fiscal year, and this covers through the end of this past February. During the relevant six-month period, they were able to take in £1.6 million in profits before taxes. When you compare this to the same six-month period from the previous year when they lost £127,000, it's a remarkable improvement. What's more is that their total assets have grown from £4.3 million in the previous corresponding six-month period to £32.6 million now.

A number of big moves have happened during that time. For one, they had two new brands launch with Bingo Extra and Magical Vegas. More high-quality brands means better levels of revenues and more opportunities for future growth. On top of that, they purchased Table Top, a gaming platform created by Nextec Software. They also acquired Spacebar Media, a media firm. With Nigel Payne, long-time industry veteran and former head of Sportingbet, as the chairman of the board, the company seems to be headed in the right direction.

The online bingo industry is wide open right now with so many emerging and newly-regulated markets, and Stride Gaming could be one of the companies to really try to take over a big piece of this market as it grows larger and larger. This is one company that will be worth keeping an eye on because they have everything they need with a solid product and a strong leader to do great things over the next few years.